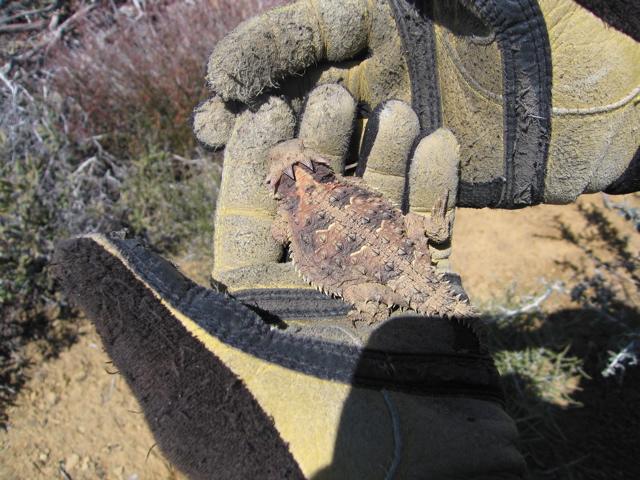 I lay in bed the other night, a lot tired and a little bloodied, but smiling, thinking about the horned toad Alex and I had managed to catch earlier in the day. I’ve only seen a couple of these prehistoric-looking reptiles in the mountains of Southern California, because they’re kind of scarce and accomplished masters of camouflage. To find one was a simple treat that had made the day’s backyard adventure all the more memorable.

I like to get out on my mountain bike as much as time permits. Like most riders, I generally spend a few hours on the weekend riding a local trail I know well, sessioning the more challenging parts, enjoying the workout and the company of other middle age kids. 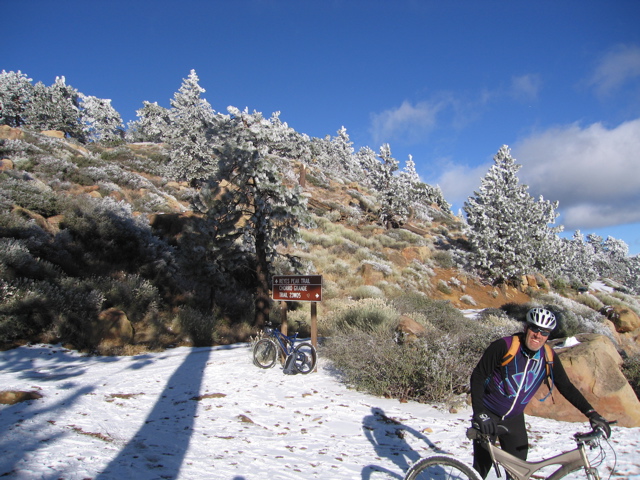 A couple of years ago, one of my more adventurous mountain-biking cohorts, James Ross, died suddenly during a ride at the age of 54. He and I had trespassed together in the name of mountain bike adventures over the years, and I resolved to honor his rogueish exploring spirit by pedaling trails in my area I’d never been on before. Living in Ojai, which borders the nearly 2 million-acre Los Padres National Forest, there’s lots of opportunity to do that. 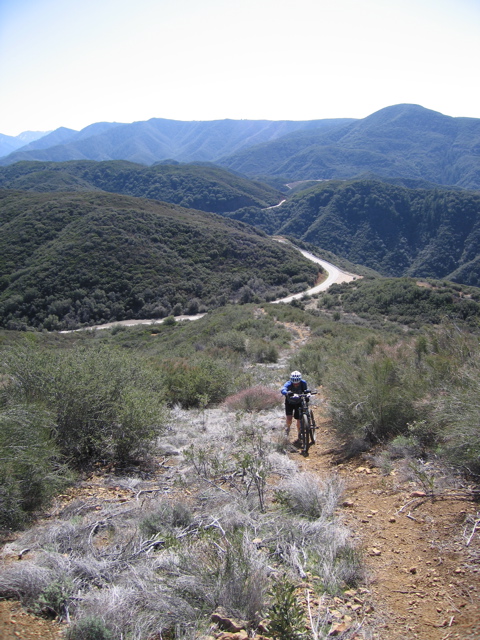 To that end, I’m slowly getting to the trails I can. Last week, it was a steep, brushyfirebreak route up to the Dry Lakes Botanical Area, which is unusual for its summit basins and ponderosa pines. My riding partner that day was Alex Laine, who’s always game for an impromptu adventure, seldom complaining too long or too loud, even after punishing run-ins with leg-shreddingCeanothus leucodermis.We only rode for about 4 hours that Sunday afternoon, pedaling the east/west ridge as far as we could before leaving the bikes to stumble awkwardly on in cleated bike shoes in search of new vistas. We saw Old Man Mountain from an angle I’d never enjoyed, and a distant trail we resolved to ride another day. That’s also when we found the horned toad. 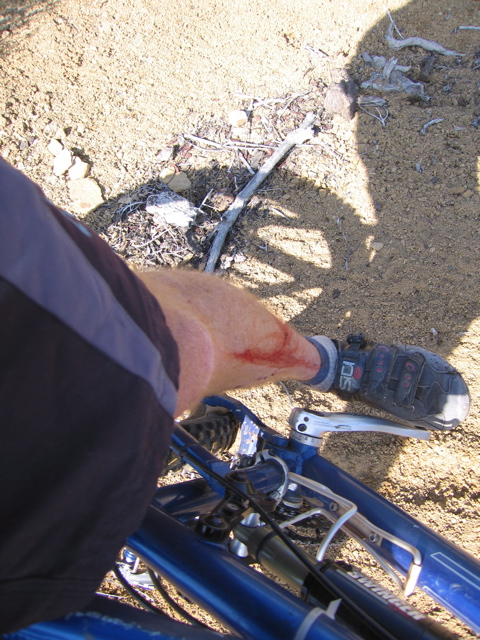 Ours was no high adventure. In truth, it was a slog, and pretty uneventful. But uneventful is okay. I’m content with the challenge of new terrain, new experiences, different views, and a good deal of sweat. The  Chumash sacred site adorned with mysterious figures (photo #4), the wayward flock of white pelicans, and the mystery of the 2,000-lb. buoy someone hauled to the top of a dirt jeepway 30 miles from the nearest sea are all just bonus material. 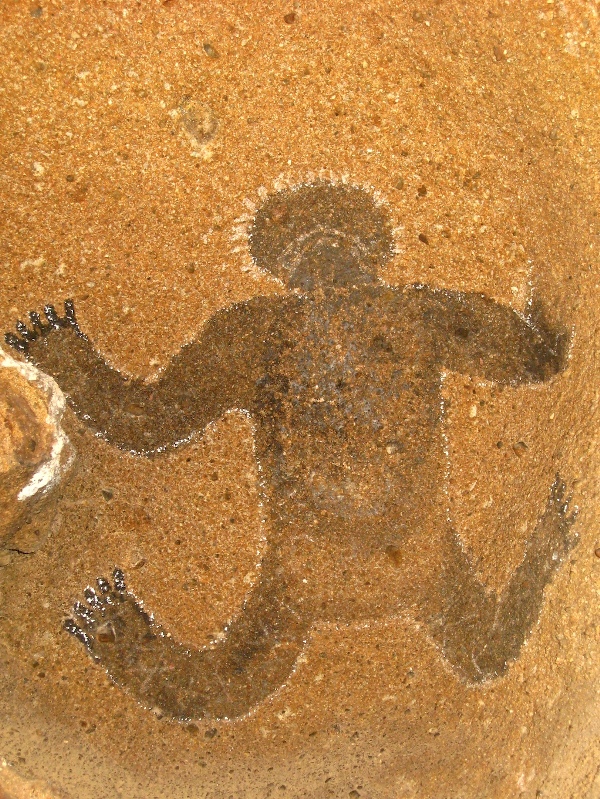 That well-deserved IPA back at the trailhead is also a bonus, as is getting home – hopefully not too bloodied or parched – to my wife Tina and daughter Callie. And along with the scents of the place that return with me, which our dog Echo so enjoys sniffing, comes also a heightened curiosity about the geology of a new-found landscape, the circumstance of the archaeological site, or the natural history of that horned toad we’d managed to corral earlier in the day. It’s a curiosity I always try to act on, picking up books at the Ojai Library or at the very least conducting a thorough Google search. 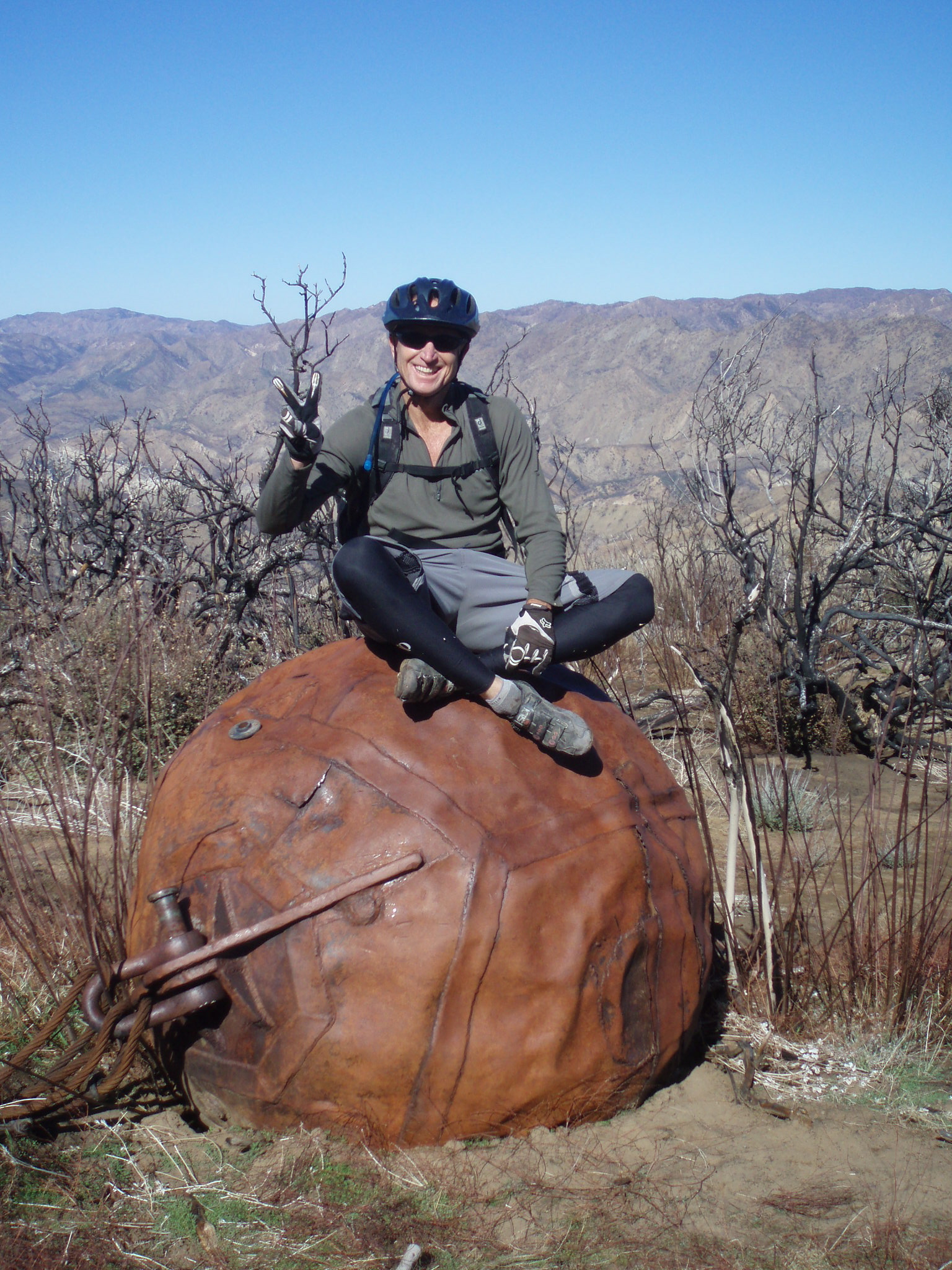 Sometimes that curiosity leads me to a great Web site, and in this case an amazing video, which showed me that some horned toads really can squirt blood out of the backs of their eyes. And that’s more bonus material. (Video link under “Multimedia” at middle left of the National Geo page.)