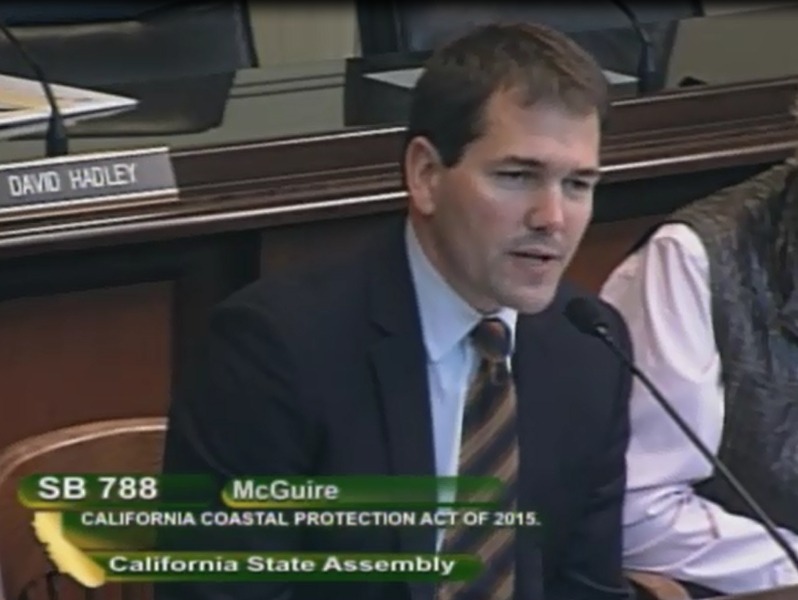 The following remarks (shortened slightly due to time constraints) were delivered on Monday, June 29, 2015, in the California State Legislature.

To the members of the California State Legislature present today, thank you for your attention to the health and safety of our coastline and ocean. I’m here in support of Senate Bill-788 the California Coastal Protection Act of 2015—and I’d particularly like to thank Senators McGuire and Jackson for introducing this important legislation.

I work as the Director of Environmental Campaigns and Advocacy for Patagonia. We are a California company—founded in Ventura and based there since 1973. While our brand has global reach, the heart of our business and close to 500 headquarters employees remain just a short walk from the beach in Ventura. We have six Patagonia-owned stores in California, from San Diego to San Francisco. None of our facilities are more than a few miles from the coast and most just a few blocks away.

Patagonia was founded by surfers and mountain climbers—and both the surf portion of our business and our own love of surfing keep our interest and attention focused closely on this coast we call home.

While the coastline of Santa Barbara and Ventura counties is perhaps one of the most beautiful on earth, it’s also home to heavy oil and gas extraction operations, on- and offshore. On most days, the impact of the fossil fuel industry on our lives is easy to overlook. Often, we just get a reminder of its presence when looking out over the ocean horizon, which is dotted with oil platforms. 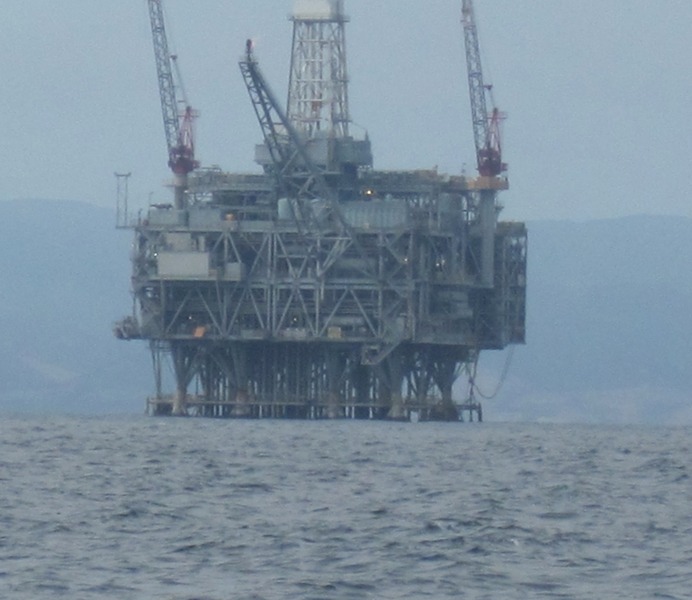 But on other days, as a local business and as coastal residents, we feel the impact from the drilling that takes place in our backyards much more significantly.

May 19 was one of those days. The spill of more than 100,000 gallons of crude oil on the Gaviota Coast, near Refugio Beach, hit home for Patagonia in a big way. It broke our hearts to witness our beach and pristine coastline become damaged in this way. These are places where we swim, surf, walk with our dogs and play with our kids and families.

Oil from a pipeline operated by Plains All American—oil that came from an on-shore pipeline carrying oil drilled and extracted offshore—washed out into the sensitive environment of the Santa Barbara Channel. The spill endangered whales, closed Refugio and El Capitan State Beaches, and caused the death of over 190 birds and over 100 marine mammals.

We were reminded of the 1969 oil spill off the Santa Barbara coast, which released an estimated 2.4 million gallons of crude oil, impacting 35 miles of California coastline.

As environmentalists and local residents, we feel angry. In spite of more than 45 years of presumed advances in technology and regulation, we are still seeing major oil spills and accidents on our coast.

To put it bluntly: we have seen the proof time and again—there is no completely safe, risk-free way to drill for oil offshore. Frankly, our coastal environment is just too important to us to continue to put it at risk in this way.

How do spills of this kind impact the outdoor economy, or the surf industry in particular? When spills happen, beaches and campgrounds are closed, summer visitors are turned back, and recreational fisheries are impacted. Ocean-based recreation and tourism in this region are valued at over $10 billion annually.

Businesses in California stand to lose from more offshore oil and gas drilling in our waters.

I should be very clear that Patagonia, like our entire economy, is currently dependent on fossil fuels. We use oil and gas to make, transport, market and sell our products. We drive cars and ride on airplanes. We believe that we are all responsible for taking more steps to gain energy from clean sources.

But just as we feel the heavy impact of offshore oil drilling in our waters more acutely some days than others, those same moments also drive us to speak up, ask tough questions and push hard for changes to our system.

In spite of many efforts, from our environmental community, elected leaders and activists, we haven’t moved far enough in the 45 years since the ’69 spill. Offshore drilling led to both spills. Yet right now, even more offshore drilling is on the table as a result of a loophole in the California Coastal Sanctuary Act.

SB 788 will remove that loophole and prevent additional offshore drilling.

And Patagonia isn’t the only business that has recognized the importance of this bill. More than 260 California businesses—ranging from friends in the outdoor sector like Deckers Outdoor, REI, Klean Kanteen and Toad & Co., to local small businesses in the tourism sector, to larger industry-wide groups like the Surf Industry Manufacturers Association— have signed a letter calling for lawmakers to pass SB 788 and stop new offshore oil and gas leases in the wake of the Refugio spill.

Our lives as residents and livelihoods as California businesses large and small depend on a healthy environment. We will continue to push hard to source our energy from clean sources, but as we currently remain dependent on fossil fuels, we can work hard to support legislation that will help prevent future oil spills.

There is simply no fail-safe way to drill for oil on this coast. Unless we make this critical change to the California Coastal Sanctuary Act, we may see more offshore oil and gas operations near Santa Barbara very soon.

We applaud the efforts of members of this CA legislature, and we ask for passage of SB 788—a bill that will make our coast and ocean region cleaner and economically stronger.

Hans spoke for so many of us. Now let’s do our part…

For more background on this issue, please refer to our previous post, “How to Prevent Oil Spills.”