I’d never found the howl of gale force wind to be a serene experience until last week when Nick Waggoner and the Sweetgrass Productions crew dropped a February teaser on their blog for their upcoming feature ski film based in Hokkaido, Japan. Nick’s ability to capture the essence of skiing in an artistic, hypnotic and emotionally evocative manner delivers a heightened appreciation for the snow carving sensation we crave. And just as he’s changed my perception to suddenly recognize serenity in the howling wind, he’s changing our perceptions of what a ski film can be. Serenity now…

Opting to live out one full season in one incredible destination has enabled the Sweetgrass crew to deeply immerse themselves in the local scene and ski the best areas, in the best conditions with the best skiers and riders. Scoring fresh turns in epic light on a secret slope of steep, fluted, tree-spotted powder lines is the reward that comes with the dedication, as you’ll read in this blog entry from Nick himself.

With a star-studded cast of tele-rippers in house, we couldn’t hold out any longer. The time had come to open up the 50 degree spines of Chugashsan, a spot that skis more like AK than Hokkaido. It took us more than a month to negotiate the hush hush escort to this spot, and another month before we built up the courage to send riders down it. What if it slides and Forrest Coots ends up in the river? What if Charlie Cannon’s sluff carries him through a nice 800 vertical foot shiatsu shrub massage?

While instincts screamed no, the snowpack tests were reassuring, with two feet of blower snow and blue skies, the time was now.

So we left the house at 5am, and by 9am, Will Cardamone, Nick Devore, Lorenzo Worster, and Jacqui “The Edge” Edgerly had all snuck in two laps a piece in the early morning light. Front and center, Cardamone charged down a finger, aired over his sluff, and flashed the line into the apron. Stage left, the one-two Devore-Edgerly punch quickly moved to committing spines, taming them with interlocked fingers and whispered “I love you’s.” Next door, Mr. Worster took on a technical line that ended in a dramatic tomahawk in the apron. Somehow, someway, the guy landed in tele stance after three airborne rolls, skiing down to the river intact. Body pummeling, camera pleasing. All said and done, Lorenzo got his rebate in the afternoon light, riding down the shadow lines with glorious snowspray offerings to the Chugashsan gods. 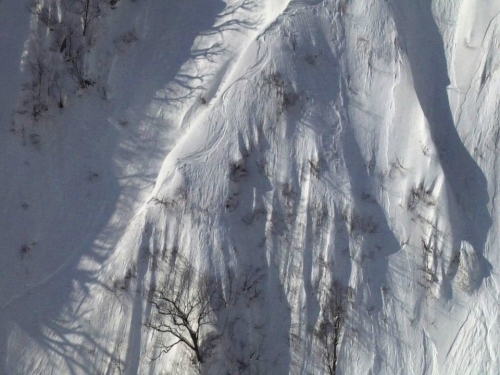 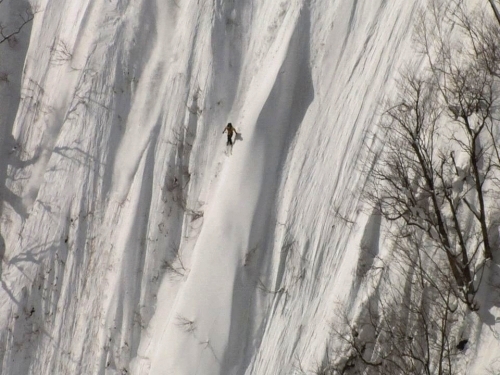 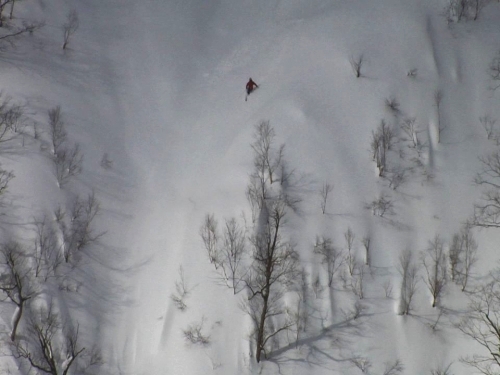 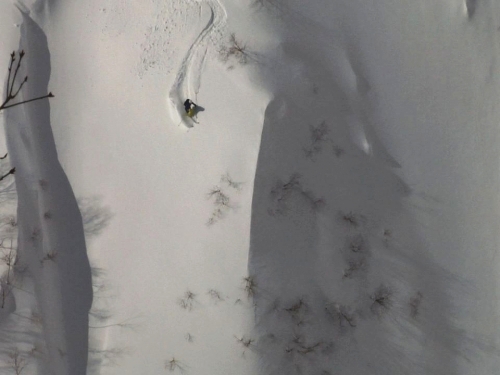 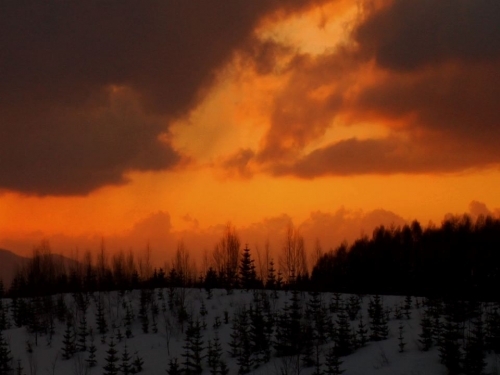 [Until the next update… Photo: Sweetgrass Productions]

If you need another dose, check out the oceanic experience of the January teaser.