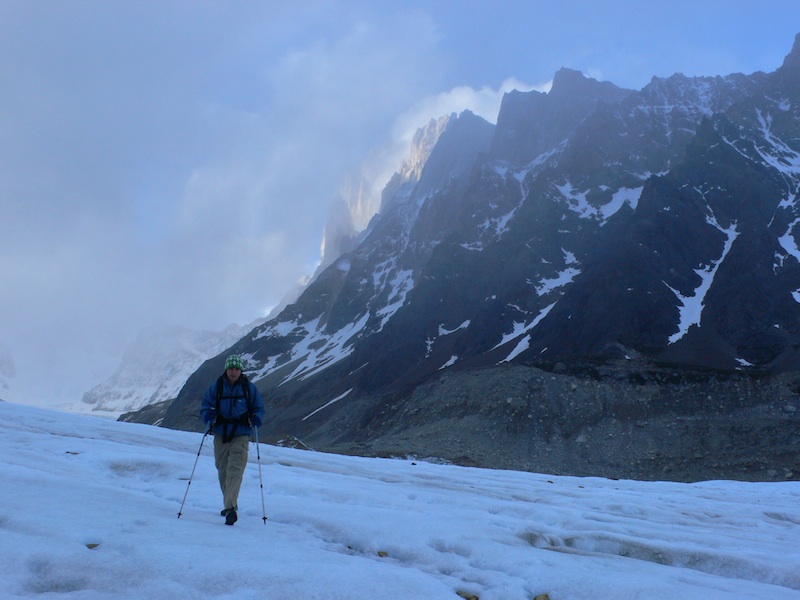 Early winter in Estes Park, tourist season finally over and the town asleep, I stood in an empty backroom at a local bar. “Tango,” said Jay, “is the dance of passion. It’s a dramatic cat-and-mouse game – teasing back-and-forth, graceful, seductive.”

It’s so fun being a beginner. My girlfriend and I soaked up our fifth dance lesson.

“There are three main types of Tango,” Jay continued, “International, American, and Argentine.”

Wind rattled the back door. It was December 2007. Maybe getting too cold for the melt-freeze climbs now, I instinctively thought. For the past 14 years I’d devoted myself to ice and alpine climbing, which often involve mediums so fickle and ephemeral that many climbers hate it. The quixotic wake at absurd hours to pursue mere rumors, trudge endlessly with heavy packs following a hunch, and travel 12 time zones away for a potential line they saw on a crinkled photograph. In Argentine Patagonia, passionate climbers wait months on end for just one opening, one chance to go chasing windmills. You have to love the dance. 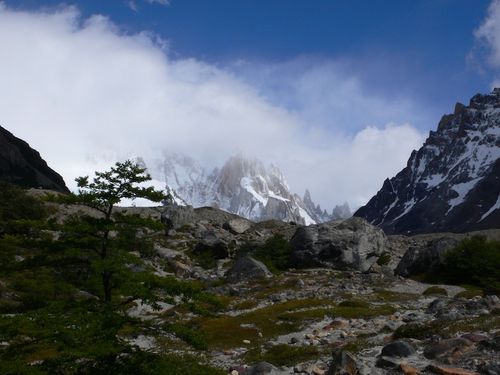 “Tell me about Argentine,” I said.

“Argentine Tango,” Jay said, launching into an impassioned discussion and demonstration, “is spontaneous, complex, intuitive. There is no one ‘basic step.’ It’s constantly evolving and it relies heavily on improvisation.”

I nodded as if I knew and drifted back to the reason I was there to begin with.

In mid-summer in Argentina almost a year earlier, on the night before flying home, I sat among friends in a rustic cabin restaurant called La Chocolateria. Patagonia’s legendary winds raised dust devils in the dirt streets and shook the cabin walls while we sat comfortably, swilling beers and eating pizza. Indescribably dramatic spires towered over town, teasingly close yet impossibly distant. In the preceding month we’d seen them twice. Once for only 10 hours, just enough to seduce frenzied climbers before pushing us away. In the two months prior, climbers had a single day of good weather. Still they come. And then, finally, just before our trip ended, the skies cleared from Argentina to Siberia for four days straight. Climbers now gathered back in town, some successful, others not, but everybody celebrating something. 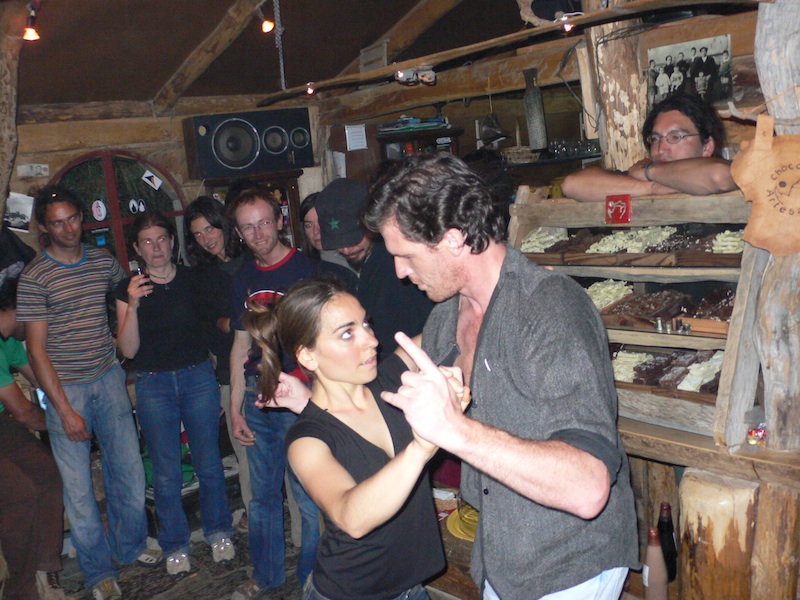 Soon the sturdy old tables disappeared to the perimeter of the room, the music picked up, and if you wanted a beer you had to pull la seniorita de Chocolateria off the dance floor. Around three in the morning a song with pulsing staccato beats came on and the drunks cleared to the sides, all smiling in awe. Out of nowhere a young couple glided across the creaky wooden floorboards in a breathtaking Tango, un-choreographed and perfect, graceful and dramatic, as if they’d done this their whole lives. Flickering lanterns cast shadows across their faces and out the windows into the night, where moonlit clouds darted seductively between towers, swirling back and forth like dancers in a never-ending game of cat-and-mouse, dancing, dancing, dancing.