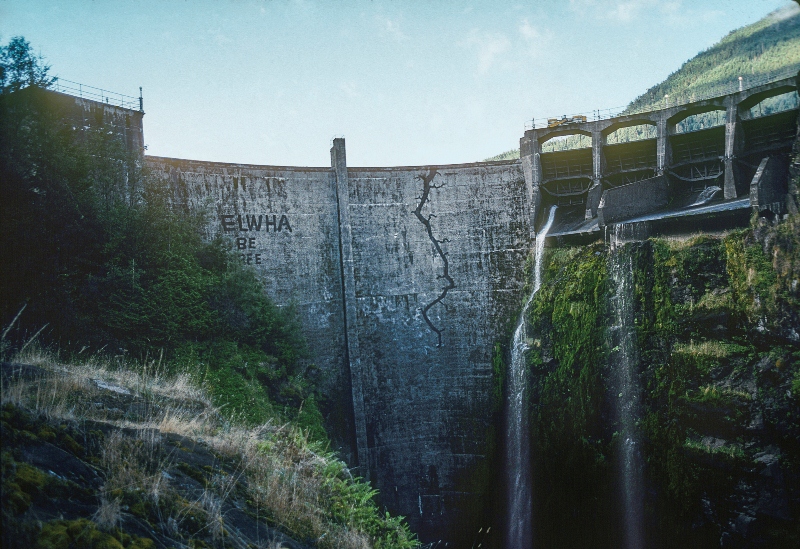 In the past month and a half, I’ve been watching DamNation really take off. It’s really not surprising—as a result of this amazing film, people are discovering dam removal is an issue they care about and they’re taking real action to push for change. We’ve seen it gaining momentum in recent weeks—great audience reception, positive press coverage, more than 23,500 petition signatures—and last week, the publication of an op-ed by Yvon Chouinard in The New York Times.

Check out Yvon’s piece below if you haven’t read it already.

In order to continue this great run, we need your help as messengers for DamNation and the critical argument it makes for the health of our rivers. In order for it truly to make an impact, we need to make sure President Obama sees that his constituents care about removing deadbeat dams—and they want him to act.

Please take a moment out of your day to do two things:

DamNation is the perfect example of a project Patagonia has undertaken simply because we believe in creating this kind of change in our world and we’re willing to use our brand as a platform to make it happen. The petition signatures will be delivered to the White House in the future as part of the serious conversation this film has sparked. I’m proud of all the incredible effort that has gone into this film—especially by the filmmakers, Ben Knight, Travis Rummel and Matt Stoecker, who have been on the road almost constantly showing audiences why dam removal matters.

Thanks for all your help, 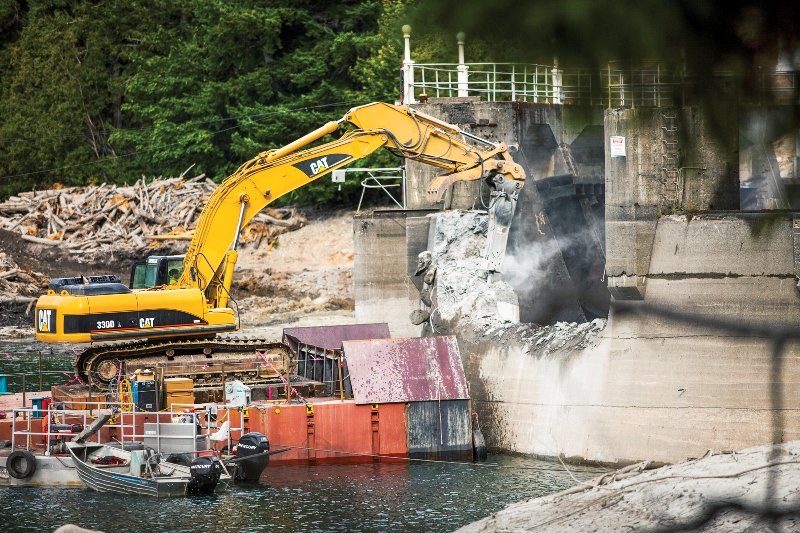 A barge-mounted excavator hammers away at Glines Canyon Dam, the same one pictured above and the largest dam removal in U.S. history. Elwha River, Olympic National Park, Washington in a scene from DamNation. Photo: Ben Knight

The following op-ed first appeared in the May 8, 2014 edition of The New York Times.

VENTURA, Calif. — Of the more than 80,000 dams listed by the federal government, more than 26,000 pose high or significant safety hazards. Many no longer serve any real purpose. All have limited life spans. Only about 1,750 produce hydropower, according to the National Hydropower Association.

In many cases, the benefits that dams have historically provided — for water use, flood control and electricity — can now be met more effectively without continuing to choke entire watersheds.

Put simply, many dams have high environmental costs that outweigh their value. Removing them is the only sensible answer. And taking them down can often make economic sense as well. The River Alliance of Wisconsin estimates that removing dams in that state is three to five times less expensive than repairing them.

The message has been slowly spreading around the country. More and more communities and states have reclaimed rivers lost to jackhammers and concrete. Last year, 51 dams in 18 states were taken down, restoring more than 500 miles of streams, according to the group American Rivers. Nearly 850 have been removed in the last 20 years, and nearly 1,150 since 1912.

But the work is far from done. I was disappointed to see the Energy Department release a report last week on the potential to develop new “sustainable” hydroelectric dams on rivers and streams across the country. The report follows President Obama’s signing of two laws last year to encourage small hydro projects and revive non-producing dams.

New dams are a bad idea. We’ve glorified them for decades, but our pride in building these engineering marvels has often blinded us to the environmental damage they cause. The consequences run the length of the river and beyond. Our many complex attempts to work around these obstacles would make Rube Goldberg proud. Interventions like fish elevators and trap-and-haul programs that truck fish around impoundments don’t lead to true recovery for wild fish populations or reverse the other environmental problems caused by blocking a river’s flow.

But we do know that removing dams brings streams and rivers back to life and replenishes our degraded aquifers.

A case in point is the Elwha River on the Olympic Peninsula in Washington, where two hydroelectric dams built early in the last century exacted huge environmental costs but were no longer important as power generators. Salmon runs that once reached about 400,000 fish a year dropped to fewer than 3,000. A year after the Elwha Dam was removed, Chinook salmon returned to the river in numbers not seen in decades, with three-quarters of them observed spawning upstream of the former dam site. Today, the river runs free from its headwaters in Olympic National Park to the Strait of Juan de Fuca, and a terrible wrong imposed on the salmon-dependent Lower Elwha Klallam tribe has been righted.

President Obama should learn from that example. Most urgently, he should turn his attention to the Snake River in eastern Washington, where four dams along its lower reaches provide marginal (and replaceable) electricity generation that is outweighed by the opportunities for the revival of endangered salmon populations, plus the jobs and communities a healthy salmon fishery would support. Those deadbeat dams should be taken down and added to the list of dams in the process of being removed along the White Salmon River in Washington, the Penobscot in Maine and the Klamath in southern Oregon.

I’ve been working to take down dams for most of my life. The idea, once considered crazy, is gaining momentum. We should seize it and push for the removal of the many dams with high costs and low or zero value. The environmental impacts are too enormous.

Time and again, I’ve witnessed the celebration that comes with the removal of an unnecessary dam. After a river is restored and the fish have returned you never hear a single person say, “Gee, I wish we had our dam back.” 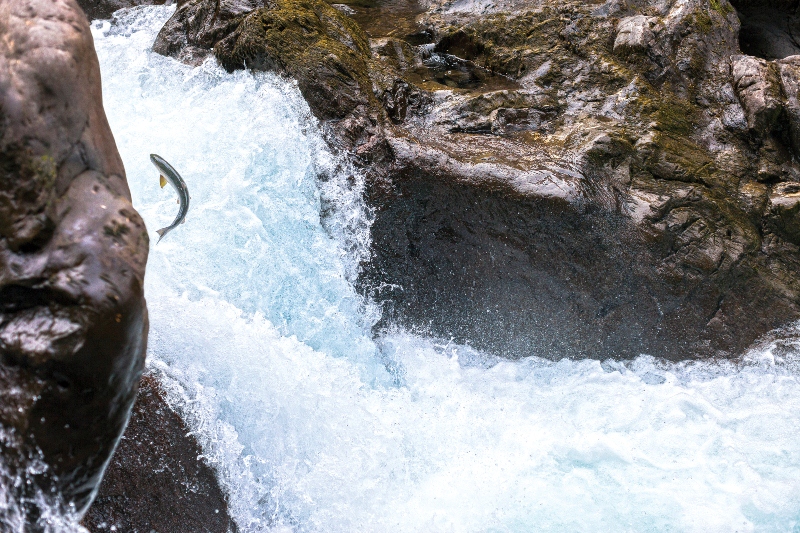 Haven’t seen the film yet? DamNation is coming to a town near you. Check the DamNation Screenings page for locations and ticket information. You can also preorder a digital copy of the film through Vimeo On Demand (release date: June 6, 2014).