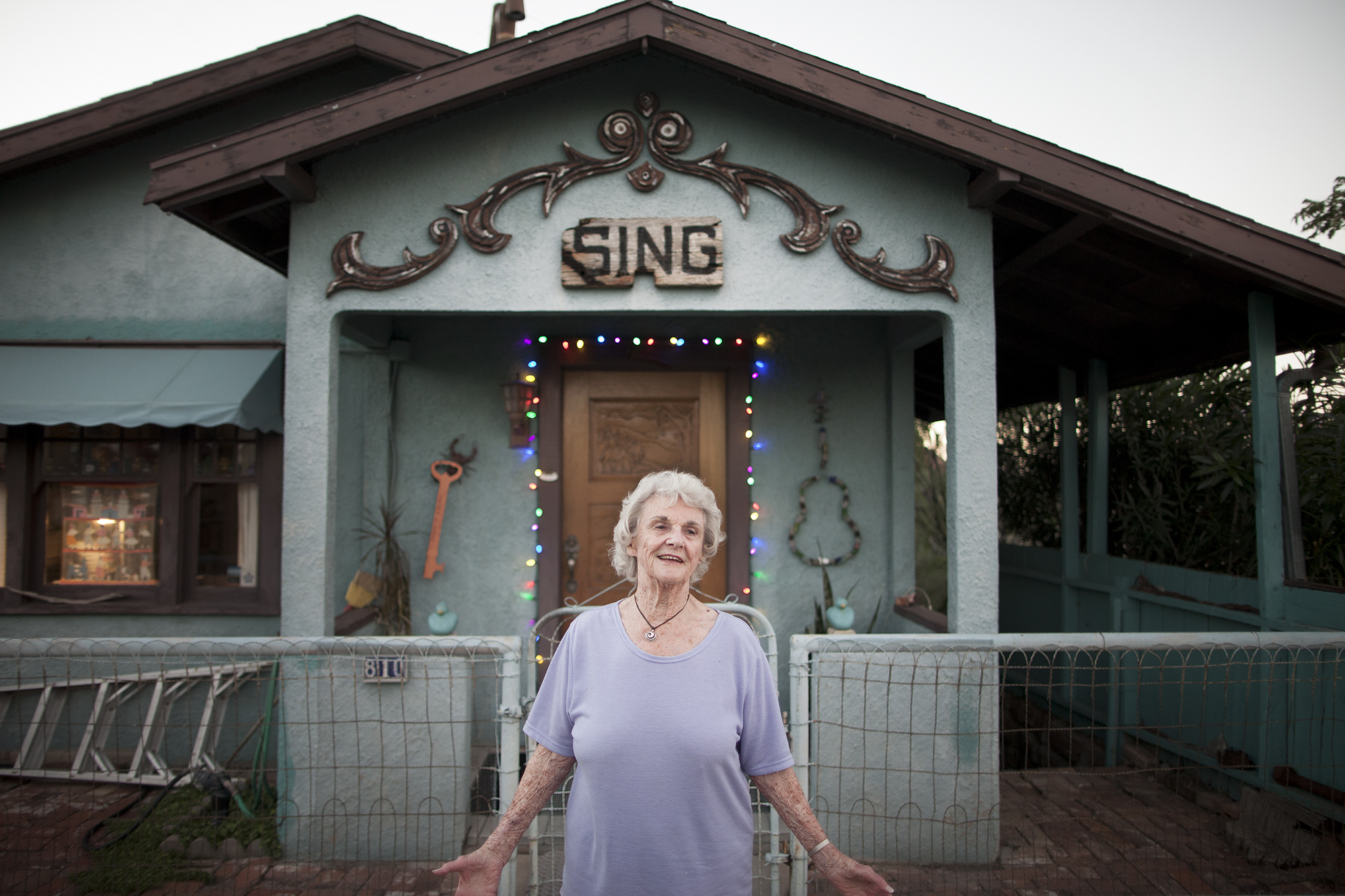 Folk-singer, desert goddess, rabble-rouser and all-out spitfire Katie Lee has been raging against Glen Canyon Dam and its reservoir, Lake Powell, for more than 50 years.

And she’s not slowing down.

Lee, who is featured in DamNation, a documentary film produced by Patagonia and Stoecker Ecological in conjunction with Felt Soul Media, has penned protest songs and authored books about Glen Canyon, the dam and the Southwest over the years. Just now wrapping up her latest project, “Dandy Crossing,” she tells the story of the handful of people who once lived at Hite, a river crossing that was drowned by Lake Powell, and what happened to them after they were forced from their homes.

Lee, who is in her 90s, also serves on the advisory board of the Glen Canyon Institute, an environmental group that advocates the draining of Lake Powell and the restoration of the Colorado River. She still performs and speaks for educational and non-profit organizations, as well.

“I haven’t quit, I’m still moaning and groaning about it,” she said recently from her home in Jerome, Arizona. “What else am I going to do? I know who I am, I know what I’m supposed to do and I do it. And until I drop, that’s what I’ll do.”

It was nearly 60 years ago when Lee first floated into the red-rock labyrinth of Glen Canyon, but her memory of that place hasn’t faded a bit. She recalls a desert Eden of soaring Wingate walls, ancient ruins, maidenhair fern, canyon wrens and little arches everywhere.

“It took me by the throat and it’s had me ever since,” Lee said. “There’s no way to describe it, it was just absolutely heaven. I mean, it was another world.”

Lee, then a petite starlet and luminous folk-singer, who entertained raft trips with songs, fell headlong for Glen Canyon. Over the next couple years, she rafted and floated the Colorado and San Juan rivers dozens of times, exploring and naming the mazelike system of side-canyons, swimming in the canyon’s pools, running the rapids and becoming one of the most enduring characters of Colorado River lore. 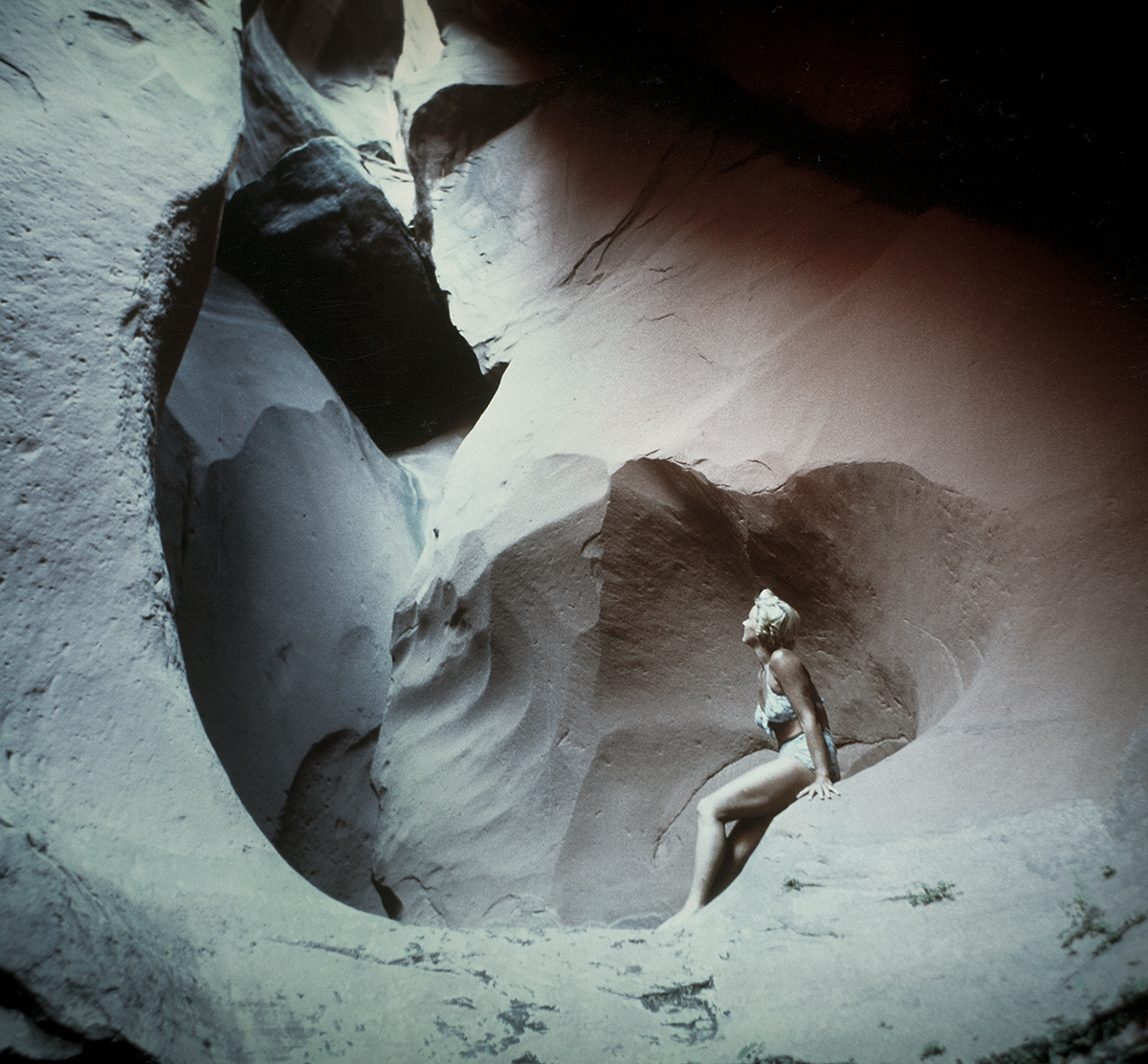 It was nearly 60 years ago when Katie Lee first explored the red rock labyrinth of Glen Canyon. Now 93, her memory of that place, which was drowned by the construction of Glen Canyon Dam, hasn’t faded a bit.
Photo courtesy of the Katie Lee Collection

She and her friends mostly ignored early rumblings that a dam was coming, she said, because it seemed too implausible, too stupid to happen. And despite their fervent, forceful protests later on, construction commenced in 1956. The 710-foot-high concrete arch dam was completed in 1963, 15 miles upstream of Lee’s Ferry. In what has become a well-told narrative, the dam, which was built to create hydroelectricity, store water and provide flow regulation, then inundated one of the most breathtaking canyon systems in the country, leaving Lee both deeply broken-hearted and spitting mad.

In the six decades since, Lee has emerged as one of the most colorful, vocal and sharp-tongued advocates for preservation of wild places in the Southwest. She is outrageous, mischievous, feisty, graceful, fearless and determined. Not afraid to call a shithead a shithead, sing an incendiary protest song or ride her bicycle naked through town, she calls Lake Powell “Rez Foul,” and has openly insulted U.S. Bureau of Reclamation (USBR) officials. And she’s not shy about her dreams for the future of Glen Canyon Dam.

“I would like the dam to blow up completely all in one fell swoop, clean out the grand canyon, get rid of all that crap that’s in there now and be a river again,” said Lee.

The dam has drastically changed the Colorado River watershed by decreasing sediment loads, threatening native fish, taming a wild river and drowning a world of grottoes, spires, canyons and cliffs under the second largest manmade reservoir in the United States. Lake Powell, which sits beneath breathtaking red-rock walls, has a storage capacity of 27 million acre-feet and stretches 186 miles when it is full.

The Glen Canyon Institute, which was founded in 1996, has for years worked to restore Glen Canyon. Its scientific studies of the dam’s impacts helped win a lawsuit forcing the Bureau of Reclamation to re-evaluate how dam operations affect endangered species.

But right now, there are no plans to decommission the dam and drain the reservoir. And that’s good news to many people. The hugely popular recreation area draws roughly 3 million boaters, water-skiers, campers and fishermen to its shores each year, according to the USBR.

To Lee, the dam is an ugly reminder of one of America’s biggest mistakes. And though it may not happen in her lifetime, she is confident that if people don’t get rid of it, Mother Nature will, with time.

With recent large-scale dam-removal projects unfolding in places like the Northwest, Lee says the awareness is starting to grow about the harm that can be caused by dams. But her advice for people goes beyond dams: Protect what you love, or you may lose it.

“You better get off your butts and get out and protect what you love, because if you don’t make a noise, people won’t know what’s there, and if you make too much noise you’ll ruin it too,” she said. “I was so lucky to see [Glen Canyon], just so fortunate. That’s a gift that I will never be able to repay.” 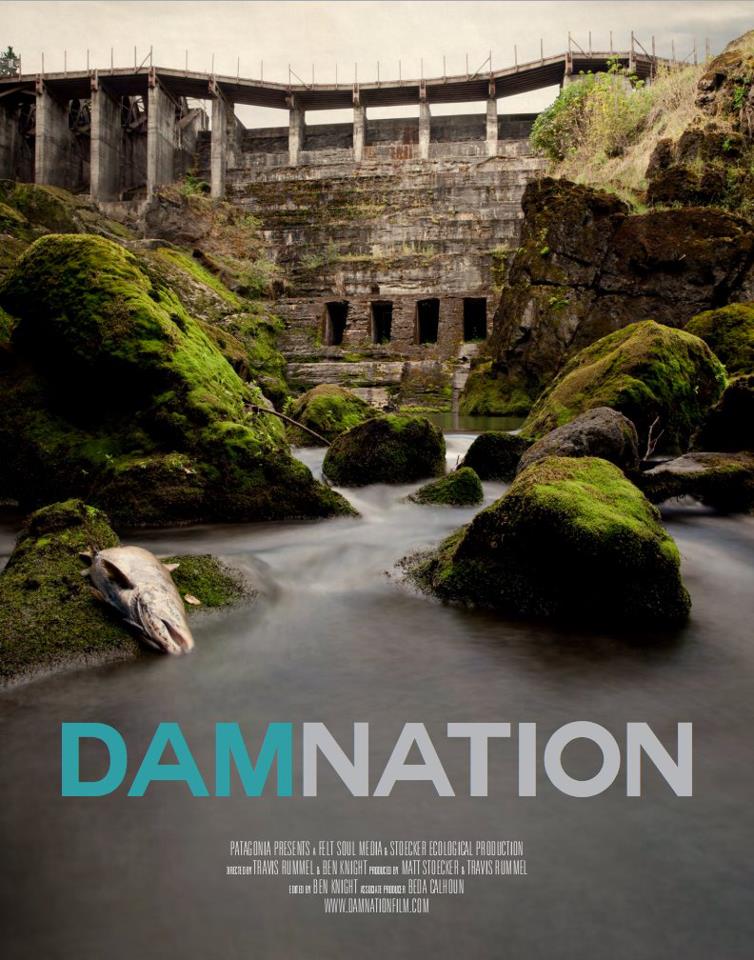