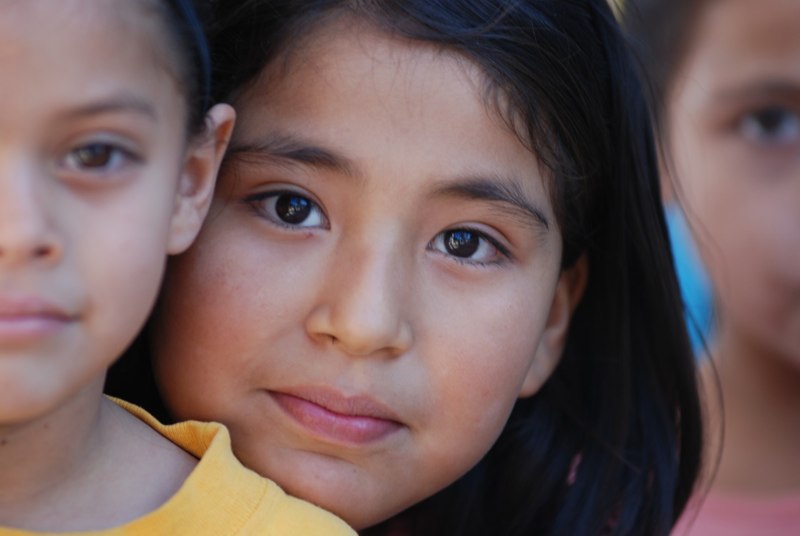 We've all been roped into last minute trips by friends. Sometimes it's to the mountains, sometimes the ocean, sometimes to a concert or festival. Earlier this week, Christian Beckwith, former managing editor of the sadly defunct Alpinist Magazine, was coerced into just such a trip. Only this time, the destination was an impoverished area in Mexico to help his friends at Greenscool – Mike Miller, Kina Pickett, Mati Gershater and Khyber Miller – install solar panels on the roofs of the local school. Read on (and watch the videos after the jump) to learn about The Guaymas Project, a wonderfully positive gesture by a group of outdoor athletes that's happening right now in Guaymas, Mexico. Christian writes:

I don’t give a damn about poverty as long as it doesn’t happen to me.

So why am I in Fatima, Mexico, a barrio that sprang out of a dump twenty-five years ago because its squatters had nowhere else to go? I’m a climber: when I come up against poverty, it’s usually en route to an objective in the Himalaya, the Andes, or the Kokshall-Tau. I take note of it absently and move past as quickly as I can. Places to go, peaks to climb. I have neither the time nor the inclination to make a prolonged study of the poor.

There’s no climbing here, though the Sonoran hills standing guard above the town of Guaymas looked clean in the late afternoon sun when I got in. So, again, all together now: What the hell am I doing in Fatima?

I blame it on a skier.

Mike Miller’s a friend of mine from home in Jackson, Wyoming. As a youth, he was a national-level downhill racer; these days, when he’s not running his renewable energy company, he kite skis on the flats below the peaks. Together with Kina Pickett, a professional skier and Patagonia ambassador who produces broadcast specials for TV, and Mati Gershater, a whitewater rafter and outdoor educator with a penchant for inverted pushups, Mike came up with the idea of traveling to impoverished areas and installing renewable energy systems in schools. Soon the trio had started Greenscool, a non-profit organization that installs renewable energy systems and educates children in impoverished schools around the world.

In December 2008, Mike and his seventeen-year-old son, Khyber, a talented paddler and surprisingly sweet giant (he’s six-four; his mom calls him the man-child) came down to Guaymas to install a wind turbine. Mike’s charming and handsome and suave, and unsurprisingly to those of us who know him he soon found himself a personal friend of Guaymas’ Mayor, Antonio Astiazaran. While driving to assess a site for another turbine, the pair entered the barrio of Fatima. The connection for Mike was emotional and immediate: he determined to do something to help the barrio's schoolchildren. Now I’m down here, playing with dirty ten-year-olds and prepping an asphalt roof for a solar panel installation in a squalid elementary school below the ribbed red rock of the Sonoran hills.

We salvaged the solar panels four days ago from a crapped-out street lighting project in San Carlos, a gringo retirement community outside Guaymas. Now we’re placing one of them on the south-facing roof of this barrio school, connecting it to the grid and teaching the kids about what we’re doing along the way.

Will it make a difference? Mexico is just starting to look into green alternatives. The kids care less about the fact that the energy is green than they do that there’s electricity at all. But Kina’s over against a school wall, surrounded by a gang of seven schoolgirls who are playing with his dreads. Mike and Khyber are up on the roof, wrestling the new solar panels into place while the principal stands below, shielding her eyes against the mid-afternoon glare to watch. Mati just finished an inverted pushup and is now walking on his hands toward the ladder to the roof while a gaggle of kids run alongside. I’m standing in the middle of the schoolyard, the empty nets of the goalposts casting thin shadows against the blue concrete walls, watching my friends – the skiers, paddlers, and kite surfers who back home form my community – string the wires from the panels into conduit that will soon snake down the sides of this schoolroom and light up a class. And I’ve never felt so connected to anything in my whole life.

Back home in Jackson, the persistent moisture that dropped a hundred inches of snow in the Tetons over the last month has given way to high pressure. I could be climbing the Grand now, getting ready for Denali in the spring, or finally getting up high on Mt. Moran for that line you don’t need to know about that hasn’t yet been skied.

Maybe at the end of the day what we’re doing here won’t make much of a difference to these kids: they’ll keep playing soccer, spilling out into the schoolyard for another generation while the solar panels silently gather up the sun. They might remember something about Mati’s antics as he clowns his way toward teaching them that solar energy is clean, but it probably won’t be much. They’re just surviving, and that takes more energy than I’ll ever understand.

Maybe, at the end of this, the only ones it will make a difference to are us, the backcountry skiers on hiatus from our turns.

And maybe that’s the only difference this needs to make.

The Guaymas Project is the first objective of Greenscool, a non-profit that seeks to install renewable energy systems in impoverished schools worldwide. The idea is simple: provide schoolchildren with clean energy, and plant a kernel of a seed in the minds of the next generation for ways to sustain our planet. You can follow the progress of the Guaymas Project in words, photos and video on Greenscool’s Web site: www.greenscool.org.

They also need your help. The Greenscool team is trying to raise as much awareness for the project as they can. Can you forward this to your friends and direct them to Greenscool.org? Maybe you can repost this story on your own blog or share it with your local newspaper? Anything you can do to spread the word will help.

Christian sent a quick update early Friday morning: "Last night we finished up at 1 a.m. for the third day in a row. Our group of seven adventure athletes/budding humanitarians is exhausted, invigorated, and fired up for another day of it. The panels are all salvaged, and we're going in today to install them in the school. I hope you'll follow the adventure on www.greenscool.org, and pass this story on to anyone you think will be interested."