From The Best Women’s Travel Writing 2011 – an excerpt from “The Labyrinth,” a story about surviving Costa Rican heartbreak and whitewater by Bridget Crocker, Patagonia copy writer. Bridget and fellow BWTW11 contributors will be reading at Diesel, A Bookstore in Malibu on Sun., Dec. 4 at 3p.m. 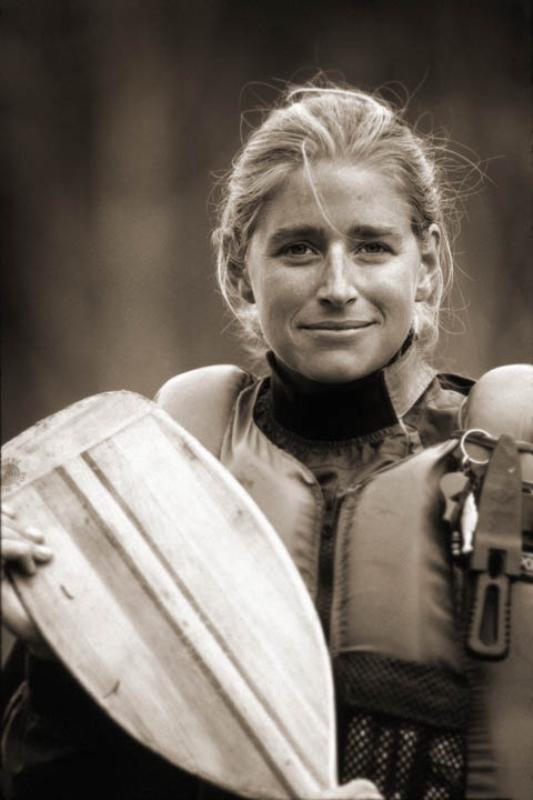 “This upper section is called ‘The Labyrinth,’” Roland says, cinching down his frayed lifejacket. “It’s been run maybe three or four times before today. I’ve seen it a couple times and I’d say it’s pretty solid Class V. Lots of steep drops through tight chutes. There are a few slots we have to make—it’s not an option to miss them. I think I can remember them all, but we’ll have to scout as we go. There’s no way out of the gorge once we start.”

Normally I would be anxious about taking a flaccid shredder down a little-run Class V boulder garden without the safety of other boaters along or even an evacuation route. Plus, Roland forgot his helmet and we have no throw bag. Oddly, I couldn’t care less. I feel no hint of the usual Class V jitters or concern for our lack of preparedness. It occurs to me that I may be spared a trip to Cathedral Point, as our little daytrip down the Labyrinth is suicidal enough. 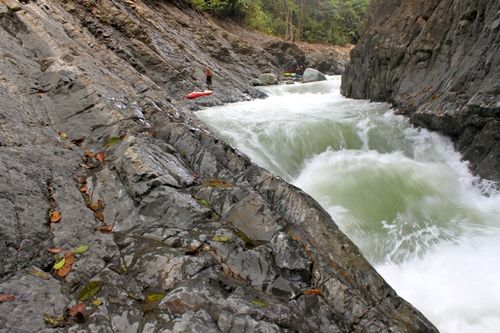 We climb into the tiny craft and immediately drop into a sizeable chute cascading onto exposed rocks. It’s continuous maneuvering from there; the maze is relentless and we’re teetering and spinning off boulders, fighting each other’s rhythm. We catch a small eddy and Roland, who’s sitting on the left side of the shredder, shouts out, “Do you guide from the left or right?”

“I guide from the right, let’s switch sides.” 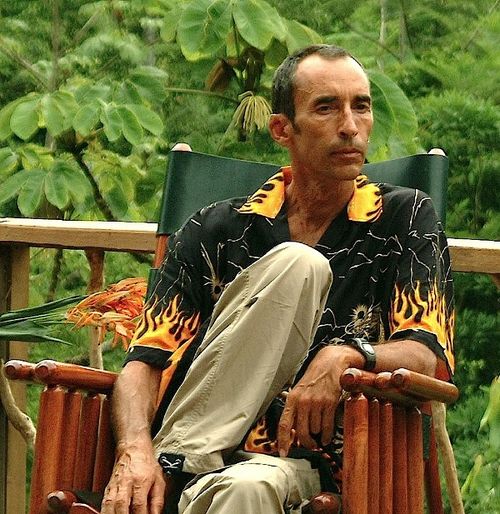 We start to click after switching, powerfully stroking across current lines and straightening out for the drops. Paddling becomes like meditation; there’s only the hum of frenetic water and our focused concentration on the line.

We park on a rock cluster above the first big rapid, “Stacy’s Lament.” Roland explains that the last time he ran down the Labyrinth, he escorted some kayakers from Colorado who were insistent that Costa Rican Class V was really like Class IV in Colorado. After spending a good portion of the upper section upside down, the group became disheartened while scouting the first “real” rapid. One of the more intrepid Colorado paddlers probed it first, hitting the narrow, eight-foot drop on the far left side next to the gorge wall. Just below the drop, he inexplicably veered and smashed headlong into the curving monolith. He swam out of his kayak and was pushed by the funneling current into the collection of sieve rocks stacked against the right wall of the gorge. Submerged for some time against the rocks, he surfaced in a pool of blood minutes later, his face badly lacerated from the impact. That’s when Stacy, the least experienced of the group, began to cry uncontrollably, realizing that there was no way to portage our line around the rapid. There was only one way out: through the guts.

“Don’t swim here,” Roland warns as we push off the rock island and head for the left side.

We make it to the slot and straighten out for the drop, noticing too late that there’s a doinker rock poking out next to the wall. It grabs the left front tube of the shredder and spins it so that we smash full-on into the jutting left wall with the force of the waterfall folding the boat in half against the rock. As the angled boat floods with water, I spin around and slip two of my fingers through the back D-ring, and my feet flutter outside of the boat in the downstream current. From the corner of my eye, I see Roland flush out, propelling headfirst into the rock sieve below. He disappears underwater, exactly in the spot where the lacerated Colorado boater had been.

Hanging from a keychain-sized metal ring by the inside crooks of my knuckles, I tuck my long legs up to my chest against the current and wrap them firmly around the pinned back tube. Legs secured, I use my hands to push the boat away from the rock wall, inching the plastered shredder along the wall slowly until it unwraps and pops free. Somehow, my paddle has survived inside the boat, and I use it to draw-stroke my way across the current until I’m downstream from where Roland has surfaced. I quickly yank him into the shredder, spy an eddy and draw us into it while Roland fishes his floating-away paddle out of the drink. 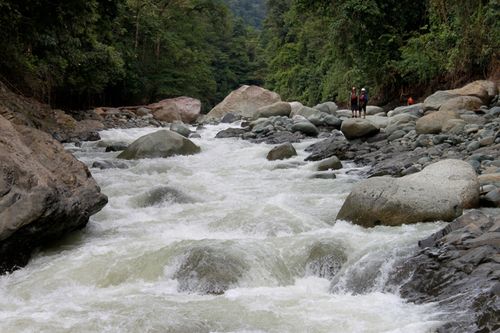 We sit in the eddy, breathing and looking up at Stacy’s Lament; Roland’s rubbing his head with an eerie, frozen grin on his face.

“You hit your head?”

“Did you see stars?”

“Do me a favor and bring your helmet next time,” I scold. At least there are no bloody lacerations to deal with; we didn’t bring first aid supplies or even duct tape.

With miles left to go, the sun slides below the canyon wall. We push on through the twilight, navigating the maze of downed logs, bus-sized rocks and steep chutes. We do our best to read-and-run from our low vantage point, not wanting to waste any of the dwindling gray light on scouting.

Near the bottom of the run, we come to a severe horizon line; white froth shoots skyward from the force of the drop.

“This might be the rapid that has a big strainer blocking the entrance on the right,” Roland yells over the roar. We park on a flat rock at the top and climb around a house-sized boulder to get a full view.

Roland’s remembered correctly—there’s an enormous, fallen ceiba tree braced across the only feasible entrance in the rock-riddled rapid. Everything looks distant and two-dimensional in the flat light. We scooch like crabs across a series of mostly submerged boulders over to the downed snag and try to kick it free without success. Standing next to the drop, we study the current, noting that there’s more clearance if we pass under the tree on the right side of the chute. If we hit the left side, we’ll be tangled in the scoured ceiba branches and either get pinned against the knotty obstacles or swept out of the boat. Below the chute, there’s a nearly river-wide death sieve of rocks that’s completely impassable; a swim here would be heinous at best. We simply have to clear under the tree on the right, then haul ass over to the left side of the river to drop down and out of the Labyrinth.

I start to feel it then: adrenaline buzzing in tune to the thumping of whitewater, flooding my body until I want to thrash out of my skin, kicking and punching. Looking down at the water rushing under the tree, I realize that more than anything I want to live. My survival switch has been kicked, and I suddenly become the girl who highsides huge oar boats on strainer islands, who hand-walks shredders off rock walls to rescue friends. I am the creation of all the rivers I have known and the knowledge they’ve instilled: I am constant, adaptable, and strong-willed.

I lean out and put my hand in the water as I always have, and ask the Naranjo River for safe passage. “My hands are your hands,” I say. “Use them.”