We close out this week with a word from our desert neighbors in Utah. Like the rest of us living in the arid reaches of the American West, resource issues are almost always at the front of our minds, and none is more critical than water. As Marc Reisner argues in his seminal work on the issue Cadillac Desert: The American West and Its Disappearing Water, the West as we know it is the result of the dogged movement and manipulation of water. Photographer and activist Blake Gordon brings us this story from Southwestern Utah, where the most recent example of resource redirection is being played out:

In the 1990s, St. George, Utah outpaced Las Vegas as the fastest-growing metropolitan area in the U.S.; it now sits just behind Greeley, Colorado. The Lake Powell Pipeline is designed “to meet future demand” for water in this rapidly growing region.

As planned, the Lake Powell Pipeline would consist of roughly 120 miles of 66-inch pipe running from Lake Powell to Sand Hollow Reservoir, northeast of St. George. The pipeline would also include 38 miles of 30-inch pipe running from Sand Hollow north to Cedar City, UT. The pipeline hopes to tap into “unclaimed” water from the Colorado. According to the 1922 Colorado River Compact, the state of Utah has the right to draw an additional 100,000 acre-feet (the amount of water needed to cover one acre of land to a depth of one foot) per year from the already stressed river. The pipeline seeks to bring 70,000 acre feet of water to Washington County, 10,000 acre feet of water to Kane County and 20,000 acre feet of water to Iron County. Critics claim the pipeline will feed rampant growth in a resource-scarce environment. The Utah Governor’s Office of Planning and Budget projections suggest that Southwest Utah’s population (in Kane, Washington and Iron Counties) could grow from 180,000 today to over 700,000 by 2050.

Hit the jump to continue reading, and view some of Blake Gordon’s stunning images from the trek. 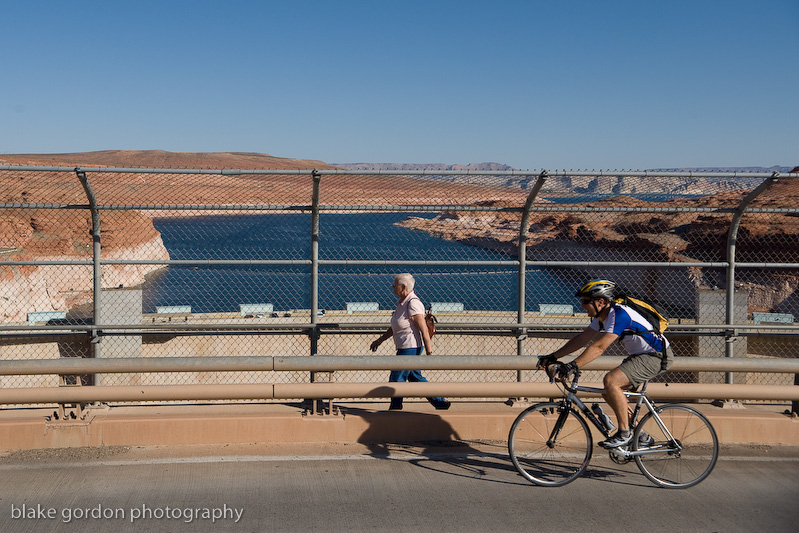 On the 10th anniversary of their Virgin River Trek, Scott Hirschi, the pro-pipeline Director of the Washington County Economic DevelopmentCommission and Lin Alder, the anti-pipeline Democratic candidate forWashington County Commission, set out to travel the length of the proposed pipeline by foot and bicycle. Their aim: to generate dialogue at the community level as they will ultimately be responsible for footing the bill. The State has been a proponent of the pipeline as it means developing ‘dry water’ allotted to them in the 1922 ColoradoRiver Compact. Interim guidelines during long term drought, which has been the case for the last 8 years, were signed into effect in 2007.There is concern that supporting future populations on such a highly contested and inconsistent water supply might not be the best choice for southwest Utah. 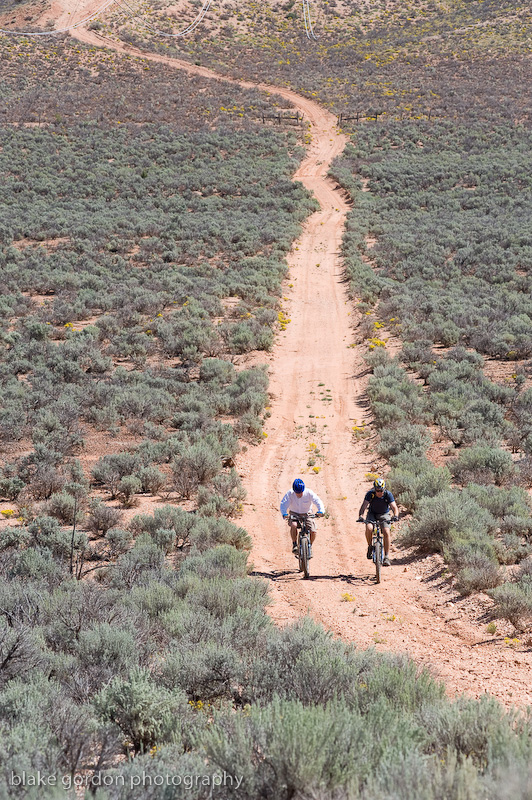 The pipeline is a central issue to Lin Alder’s Democratic campaign in a deeply conservative region. The last Democrat elected to the Washington County Commission was in 1958. Amidst the growth and influx of new residents (retirees being a significant portion of new residents) is a sentiment that the community does not want to evolve into one of the massive urban centers of the southwest such as Phoenix, Las Vegas, or Los Angeles. Eleven-public speaking events have

been scheduled during Washington County’s political campaign season, including Alder debating the Republican incumbent high atop the Hurricane Cliffs overlooking St. George. Alder’s revised definition of the campaign trail serves to illustrate the changing demographics of the West.

For those unfamiliar with this part of the world, it’s a desert landscape that is home to Zion National Park,  the Vermillion Cliffs, Paria River, and Buckskin Gulch (it should be noted that these are not directly threatened). The proposed Lake Powell Pipeline is in development to serve the future needs of Washington County in southwest Utah. The Water Conservancy Districts in the area are adamant that they’re not in the growth management business. Their job is to meet the community’s water needs. But when those water needs are inextricably linked to growth, the line is blurred. The Governor’s Office of the State Utah estimates that there will be 700,000 people living in this region by 2050. These numbers are based on a variety of factors, but largely tied to the explosive growth that has occurred in the region in the past few decades. 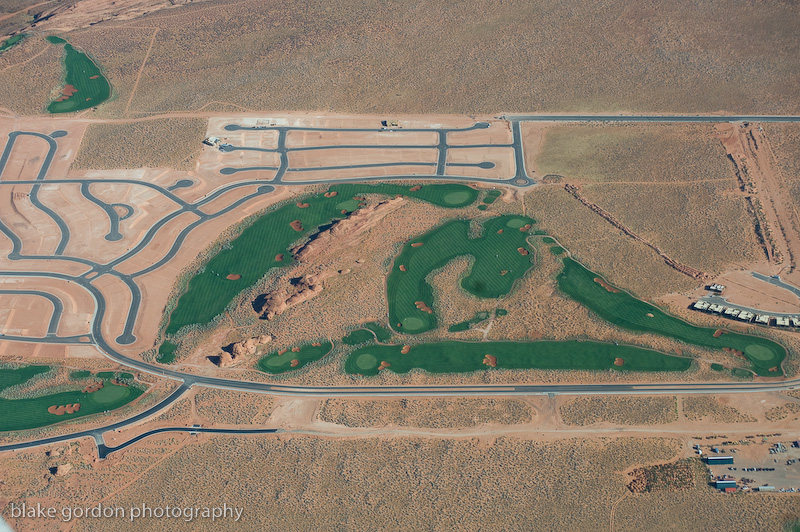 Former professional photographer-turned-Washington County Commission candidate Lin Alder says “The pipeline really represents living beyond our means. I don’t see it as just an issue of growth. It’s a question of how we live.”

The danger in developing the pipeline is that an ever-consumptive population could base development on resources that might not always be available. Developing the pipeline only prolongs the inevitable (living on limited water) and magnifies the potential problem. It is a situation no one wants to see in southwest Utah. It’s tough for outsiders to declare a resource “off limits,” but it’s important to stand up for special places; to demand that the landscape in its present state be viewed as a resource, too. Hopefully, that is the message the outside community can bring. St. George, UT is following many of the steps of Las Vegas, Phoenix, L.A. and this is unfortunate. In a corner of the world currently holding on to all of the intangible assets of sustainably sized communities, it is on the precipice of gaining big city problems (traffic, pollution, etc.).

VisionDixe is a quasi-government process/organization that has taken hold in the last few years to discuss a vision for the future. It is a welcome voice against thoughtless growth. 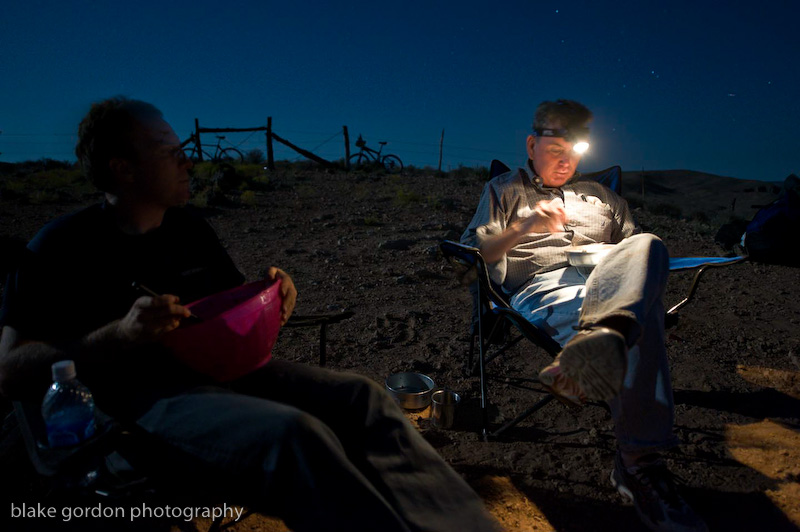 The Lake Powell Pipeline Trek is a way of putting the communities at the forefront of their future and giving one more avenue of feedback in a democratic process. We have to start making better choices about how we live and grow. The consequences of these choices is highlighted in the desert as resources are scarce and vistas lay bare the choices of our relationship with the land. Opponents of the pipeline see the project as fueling future growth in the area and promoting it, not simply meeting demand. 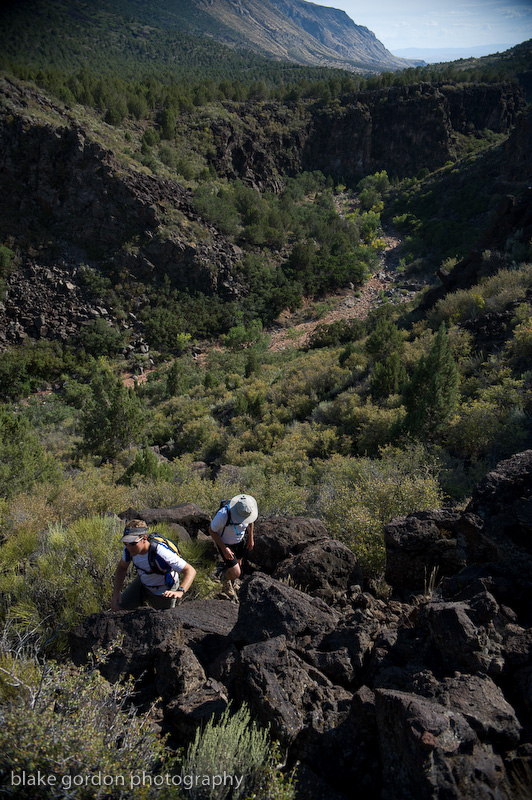 Scott Hirschi (r) and Lin Alder (l) hike out of a canyon near the Iron County line toward the end of their trek. This route was covered by the Dominguez-Escalante party as the first European explorers of this region. Photo: Blake Gordon

For a complete array of images and captions from the Lake Powell Pipeline Trek, please visit Blake’s website.

Blake Gordon is a Colorado based photographer who specializes in adventure, landscape, reportage and fine art photography.