Every time I kneel down next to a river – even if just for a moment – I swear I can hear it speak to me. I know this probably sounds crazy, but I also know I’m not the only one who hears wise murmurs rising from the ripples of wild waters. For many of us, the rhythm of a river can mesmerize our soul, capture our spirit and force us to really stop and listen.

The Baker River, nestled deep in the mountains of Chilean Patagonia, is no different. I spent weeks walking its banks, riding its waves, and crunching through the epic ice fields that feed it. I even floated over the exact spot where its journey as a river ended and it emptied into the sea – a feat in and of itself given that so many rivers, including my very own Colorado, no longer even make it all the way to the ocean. But, this trip from source to sea was much more than just a fun adventure. We – team Rios Libres – immersed ourselves in the landscape so we could arm ourselves with the knowledge needed to join the fight to protect Patagonia’s wildlands and the people who depend on them.

During our excursion, the mighty Baker spoke volumes and gave us a glimpse into what the world used to be like – full of untamed lands, untouched rivers, intact forests and people who depended on the land and each other to survive. Spending a month at the edge of the world was like traveling back in time to an age when things were simpler and nature remained largely unaltered by the trappings of man. 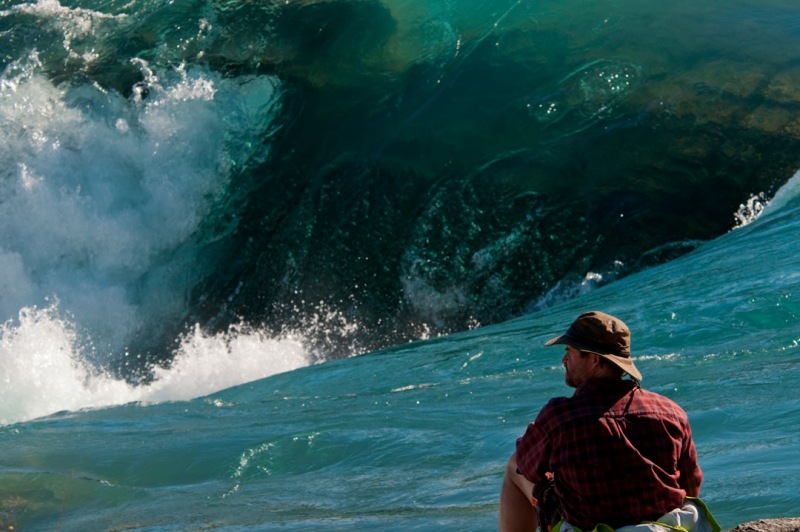 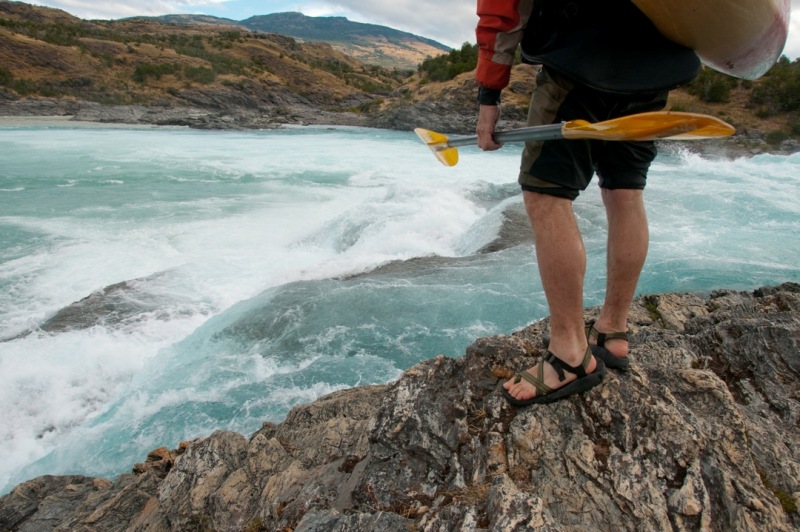 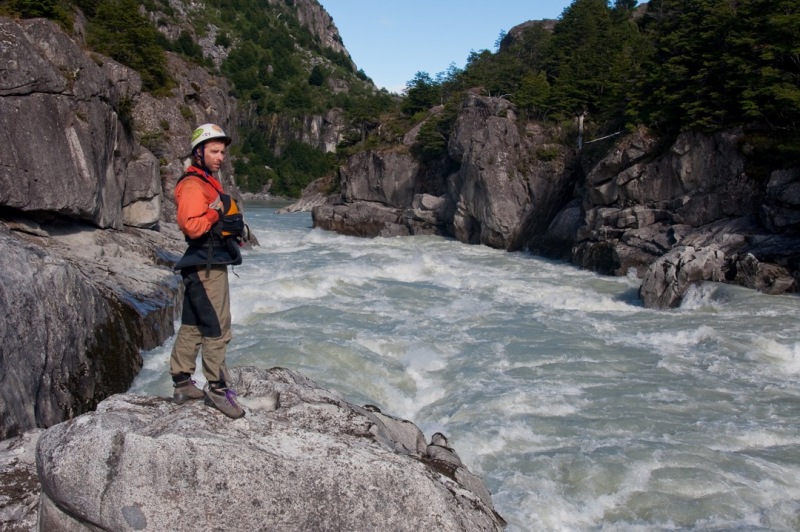 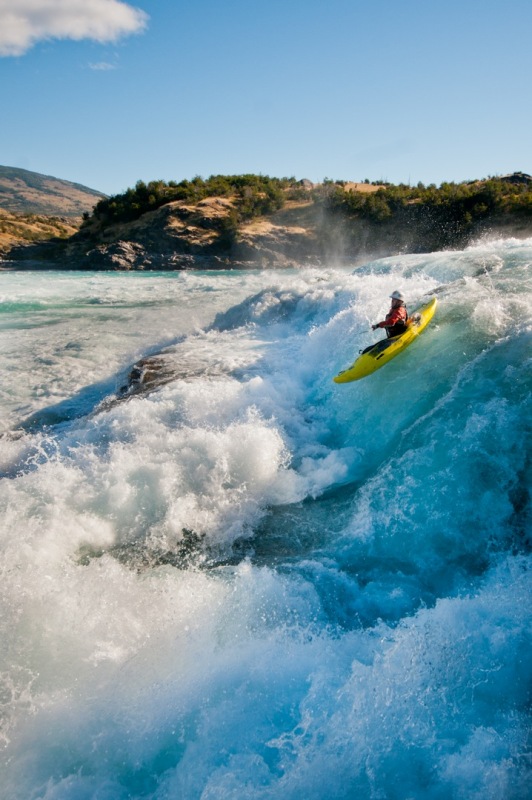 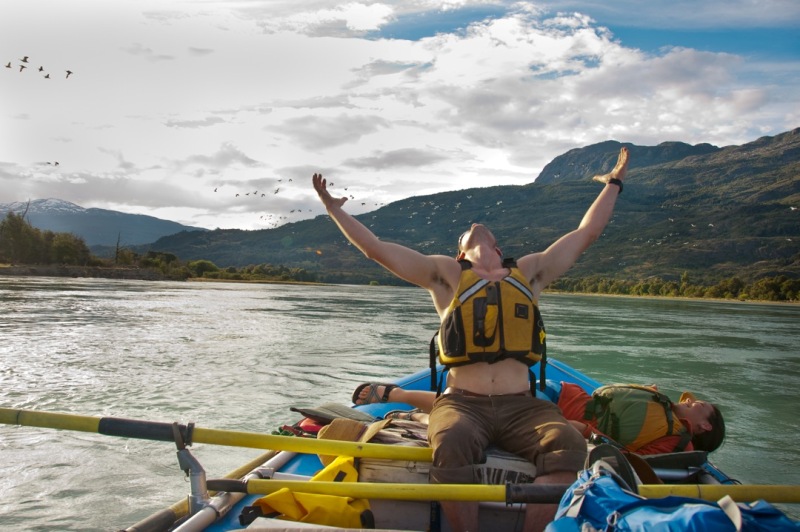 Unfortunately, the experience we had may not be available for future generations unless we raise our voices and speak for the river. Huge walls of concrete threaten to choke the furious turquoise flow of Chile’s most voluminous river, the Baker and its rugged sister, the Pascua. If allowed, big business will ruin pristine old-growth forests, destroy the gaucho culture and silence the beautiful sound of these waters only to replace them with the disheartening din of ‘civilization’ – bulldozers, power lines, reservoirs and dams… all to provide power for the destructive mining industry in the north.

But this doesn’t have to happen. Perhaps, if we could just sit and listen more carefully, we might hear the river speak and fully grasp the idea that it is more important to protect the river’s power than harness it. Chile has the opportunity to learn from mistakes made in the past; they can act as a model for the rest of the world by seeking alternatives that allow them to gain energy independence while still maintaining the character of Patagonia.

We’ve written about this in the past and our team made an award-winning film called Power in the Pristine that documented our source-to-sea adventure and highlighted the various threats to the region. So why are we writing now?

We’re writing because this fight is far from over and we need your help in giving this river and its people a voice once again. A lot has happened over the past year and it seems that the wild character of the entire region – which was once endangered – is now closer to extinction than ever before. The video at the beginning of this post will catch you up on the issue. We hope it inspires you to read on and to act. The river speaks and so can you! 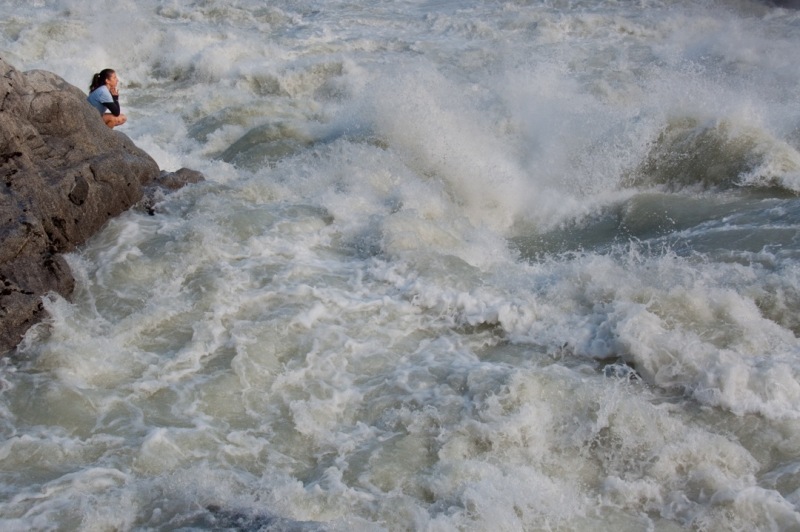 Synopsis of recent happenings: In May 2011, the government approved the dams. Tens of thousands of Chileans took to the streets in opposition and six weeks later, the Court temporarily halted all construction due to a pending appeal. This was especially significant since the Court was the only Chilean authority to challenge the project since its inception in 2008. However, in October, the Chilean appeals court ruled in favor of the dam project causing the volley to continue as opponents who want to protect this unique environment brought their challenge to the Supreme Court. In the meantime, the project still requires a permit for more than 1,250 miles (2,000-km) of transmission line to carry the 2,750 megawatts generated from deep in southern Patagonia to the capital Santiago. Earlier this week (Dec. 5), HidroAysen – the company behind the dam project – released initial plans for the powerline and the environmental analysis will begin in March 2012.

Clearly, the fight to protect Chile’s pristine rivers and wildlands is not over; protests continue and polls show that over 74% of Chileans oppose the dams. This Saturday, December 10, thousands will return to the streets in Coyahique and other cities in Chile to show the government that they oppose this decision. If you cannot make the event in Chile, please show your solidarity by taking action through these groups:

3. International Rivers: Demand Democracy for Chile – NO to HidroAysén!

The river speaks and so can you!

For more info go to: www.rioslibres.com.

Chris Kassar is a wildlife biologist and conservationist who has worked for many years as an environmental activist. She serves as the Environmental and Media Coordinator for Rios Libres, and networks with the existing coalition of environmental groups working on the dam issue in Patagonia.