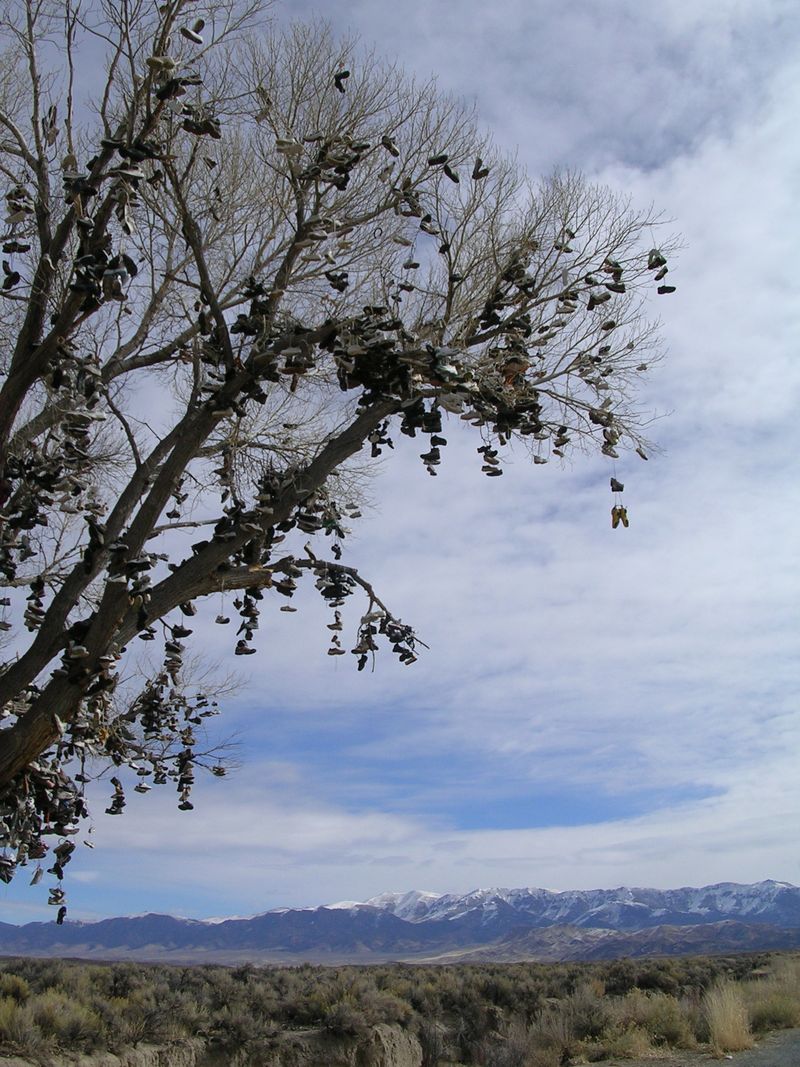 Back in 1986, Life magazine christened the 250 miles of US Highway 50 between Fallon and Ely, Nevada with the moniker “The Loneliest Road in America.” In a classic example of turning lemons into lemonade the Nevada Department of Tourism seized on the title and began a marketing campaign complete with loneliest road signs, survival guides and passports that could be stamped at various destinations along the route. Whether because of that marketing push, or simply the increased popularity of the American Southwest, Highway 50 isn’t nearly so lonely anymore. I count myself among its more frequent travelers.

To be sure, Highway 50 in central Nevada is still wonderfully desolate and real landmarks are few and far between. One of these was the Shoe Tree. As trees go it wasn’t all that spectacular; a lone cottonwood standing next to a perennially dry creek bed 110 miles east of Reno. What made the Shoe Tree special is that it was festooned with thousands of old shoes either hanging off the branches or just as likely, lying in a massive pile below the tree. As is often the case for such things, the origins of the Shoe Tree are apocryphal. All the stories are similar, starting with a couple, either recently or about to be married, and either traveling to – or maybe from – Reno, and an argument that ended or began with shoes being thrown into the tree, ostensibly so the bride wouldn't be able to run away. 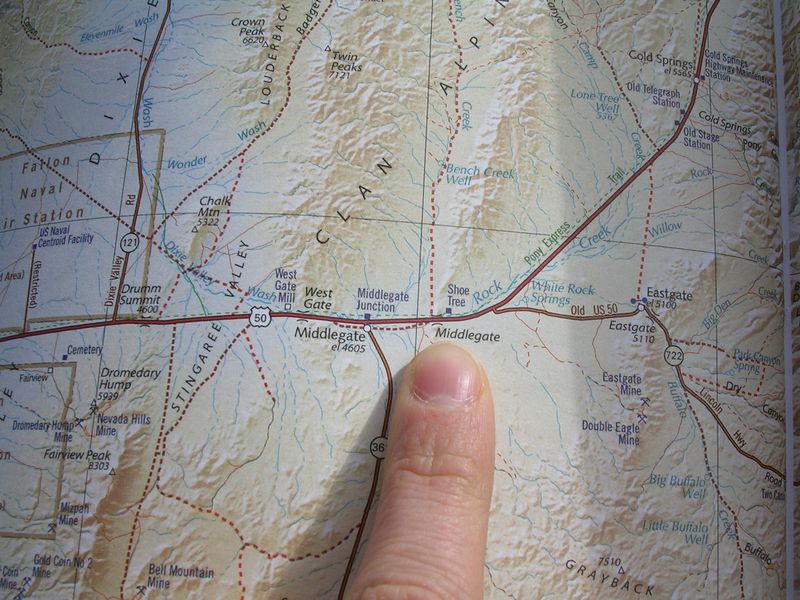 But the Shoe Tree is no more. On December 30, some vandals cut it down. It now lies forlornly on its side, its shoes scattered across the desert floor. Why anyone would do such a thing is beyond me. The BLM is investigating, hoping to charge the perpetrators with “Malicious Mischief.” But the damage is done and the shoe tree is no more. RIP.

If you find yourself driving across Highway 50 and want to get a sense of what it was like “back in the day” take the old section now called HWY 722 from just east of Middlegate to Austin. It’s only a few miles longer, more scenic and truly lonely.

Ed note: A memorial has just been announced for the Shoe Tree – it will be held Sunday, February 13th at 2:30 p.m. at the site of the fallen landmark.

[Above, left: Close up shoes. Right: The Shoe Tree is on the map. All Photos: Kirsten Mashinter]