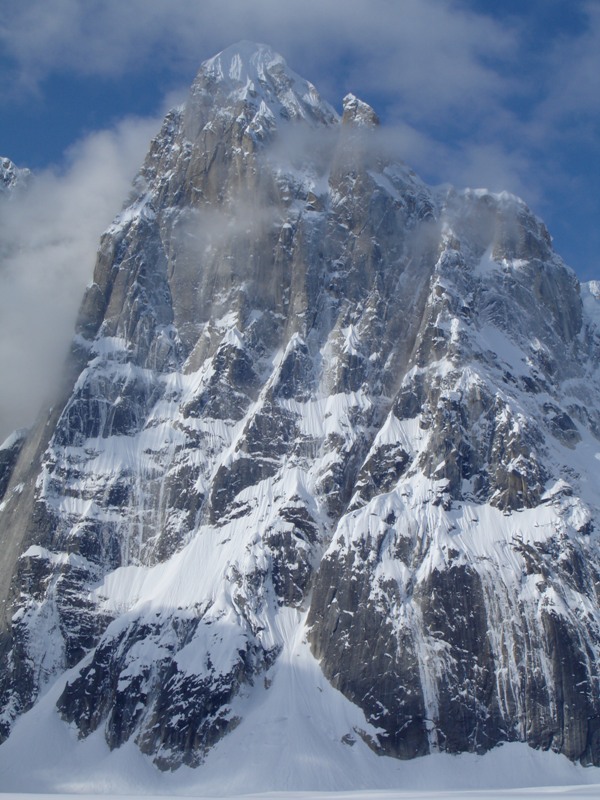 We found this e-mail from one of our European climbing ambassadors, Matt Helliker, in our inbox recently. Matt writes:

Sorry for the group email, but I’m not long off the mountain and just wanted to give some info, on the Alaska trip.

I’m back to the UK on Friday, to eat and rest, will be in touch thereafter.

Matt Helliker and I are back in Talkeetna after a brilliant trip on the ‘Buckskin Glacier’, Alaska. We climbed a new route on the amazing East face of the Moose’s Tooth. “There’s a Moose Loose Aboot This Hoose” climbs the obvious big fault line to the right of Arctic Rage (VI WI6+R A2, 4500′, Mahoney-Gilmore, 2004). I was initially inspired to check out the area after Paul Roderick’s (Talkeetna Air Taxi owner and infamous bush pilot) spectacular photo of the East Face of Moose’s Tooth in Alpinist magazine. We had intended to look at other objectives in the area, but because of poor conditions turned our focus to the obvious fault line on the right hand side of the Moose’s Tooth tried by Christophe Dumarest and Aymeri Clouet in 2006.

Setting off on the 3rd May in good weather we found excellent conditions enabling fast progress up the initial easy ground before the line narrowed into a series of steeper pitches on snow ice. By midday, the weather had deteriorated and we suffered an alarming bombardment of constant spindrift for nearly two hours with Matt almost suffocating at one point. Thankfully this eventually eased, allowing us to continue.

Above the gully reared up into an overhanging amphitheatre with spooky snow mushrooms hanging threateningly all around us. Some cunning route finding by Matt followed by a hard pitch of mixed and aid climbing saw me at the lip of the roof. After an eternity psyching up I eventually committed to the thin ice curtain above and somehow avoided a big lob into space.

The difficulties continued above with Matt pulling off a very hard and serious lead that thankfully found us a small snow patch out to the left to bivi on. Tired after an 18 hour day, we brewed up for a couple of hours and sat in our sleeping bags for a bit before continuing.

The morning greeted us with ok weather and the crux of the route. A sustained overhanging pitch up less than perfect rock, which Matt dispatched in good style. After 3 more pitches, we gained the upper snow slopes of the North ridge and stashed most of our kit to continue on. We were unfortunately stopped c. 100m below the summit by a menacing serac. Happy with our efforts, we started the long descent and made it back to our skis by 1am after another 18 hour day. 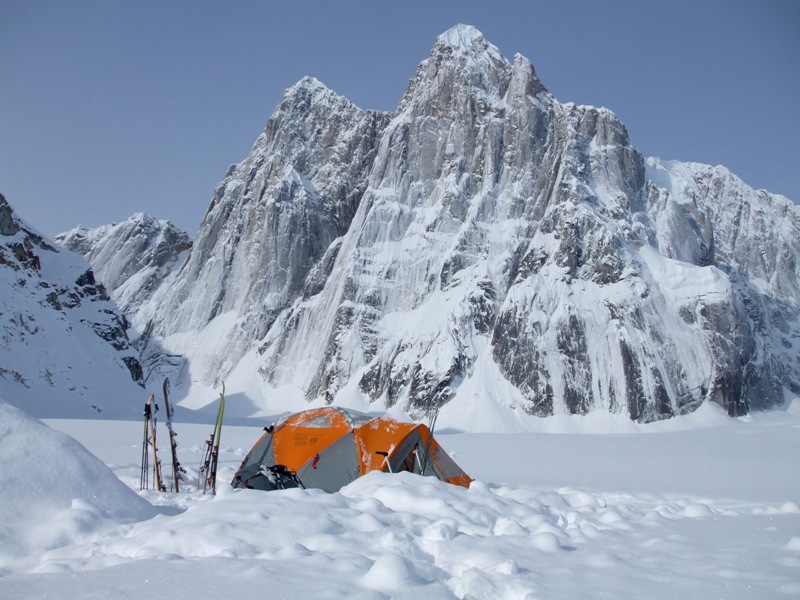 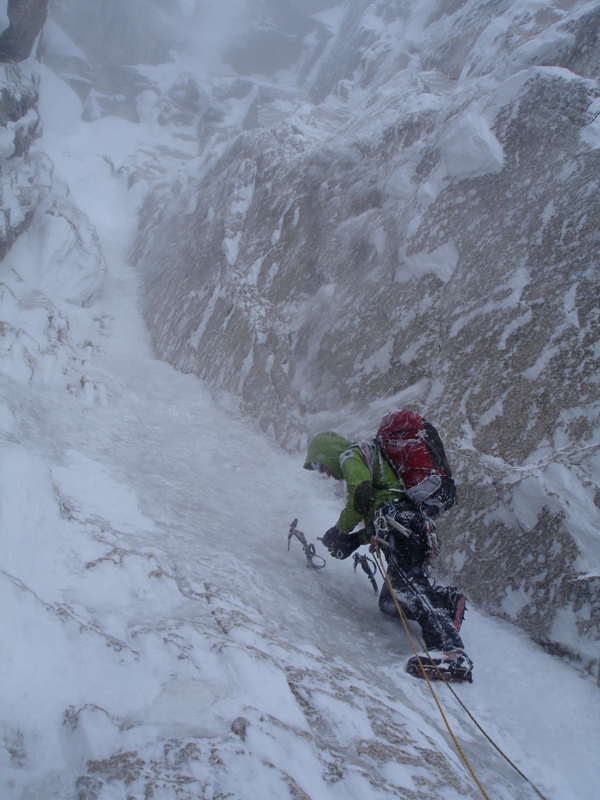 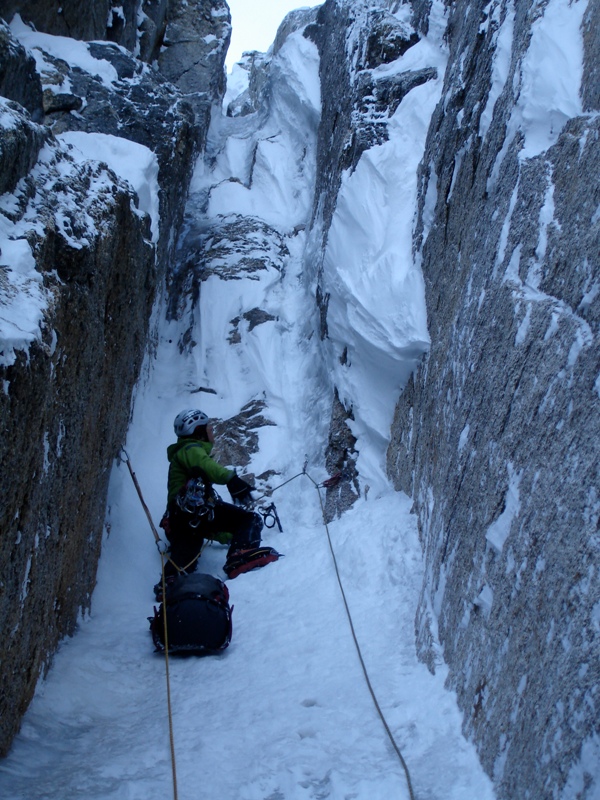 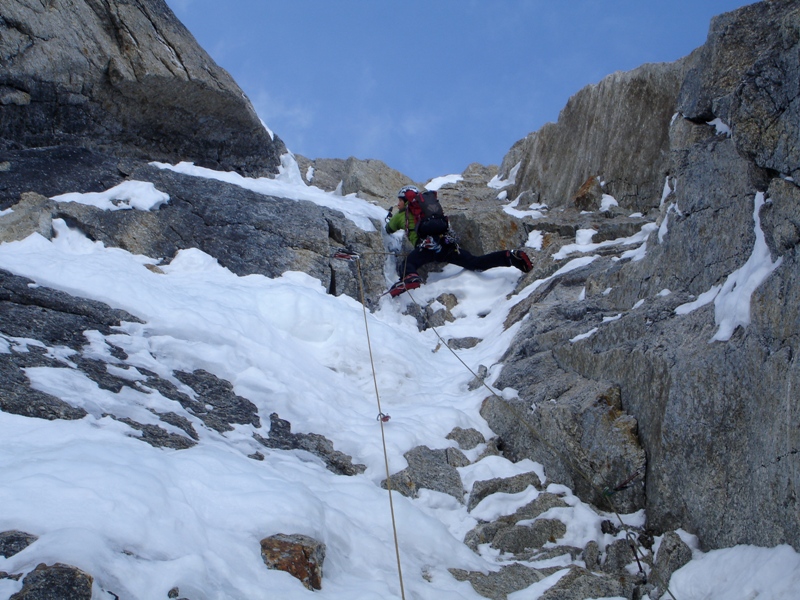 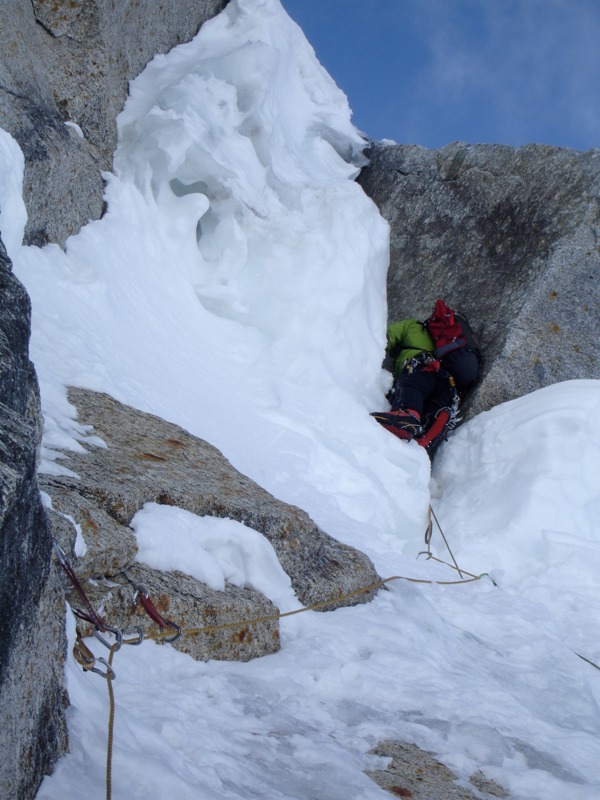 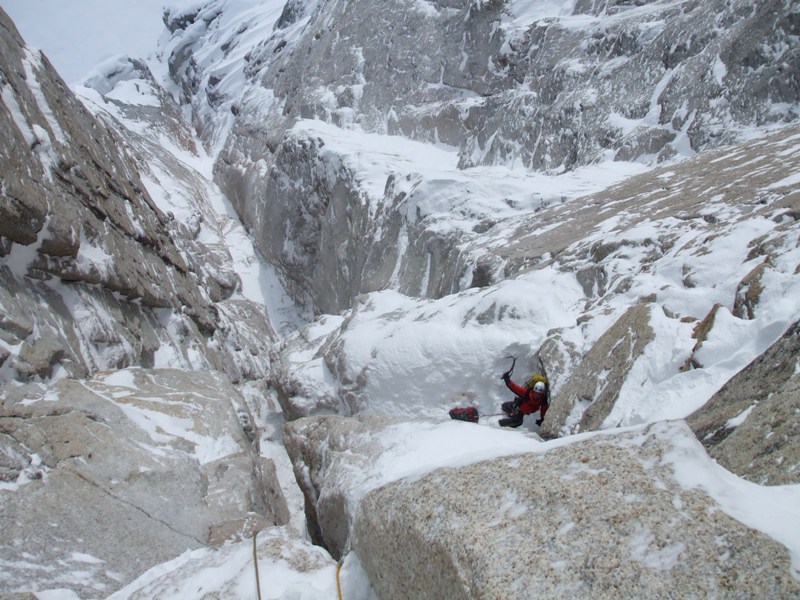 Matt Helliker, looking down to the bivi and Jon Bracey after climbing the crux pictch of their new route “There’s a Moose Loose Aboot This Hoose” Moose’s Tooth, Alaska. (c. Matt Helliker) 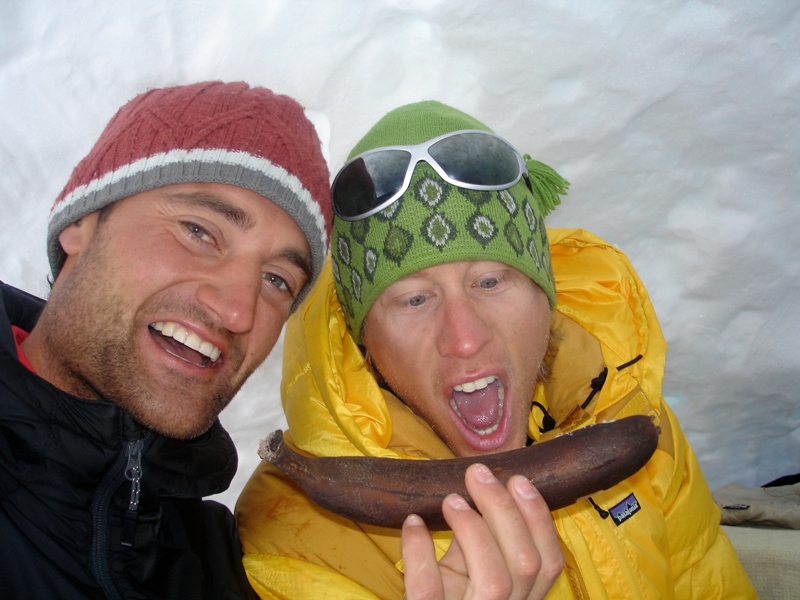 One way to fuel up. Jon Bracey and Matt Helliker, tuck into a banana-sicle (c. Jon Bracey) 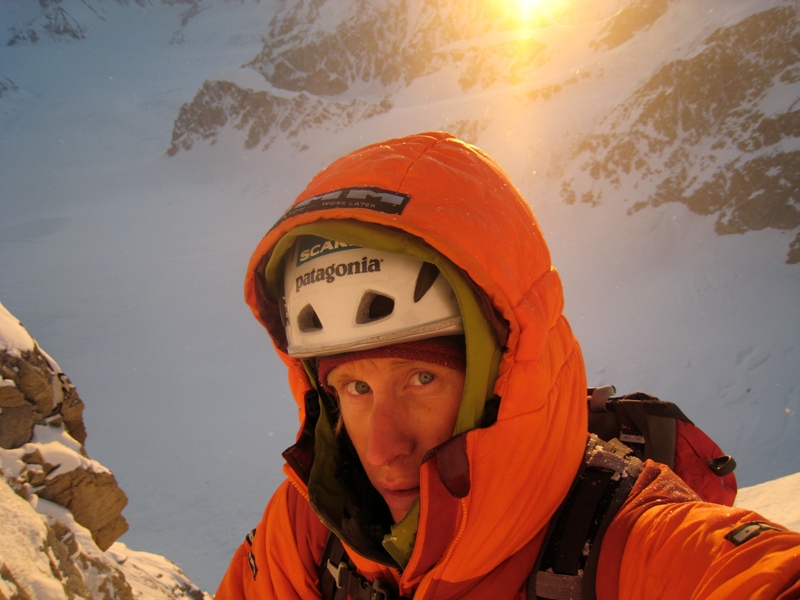