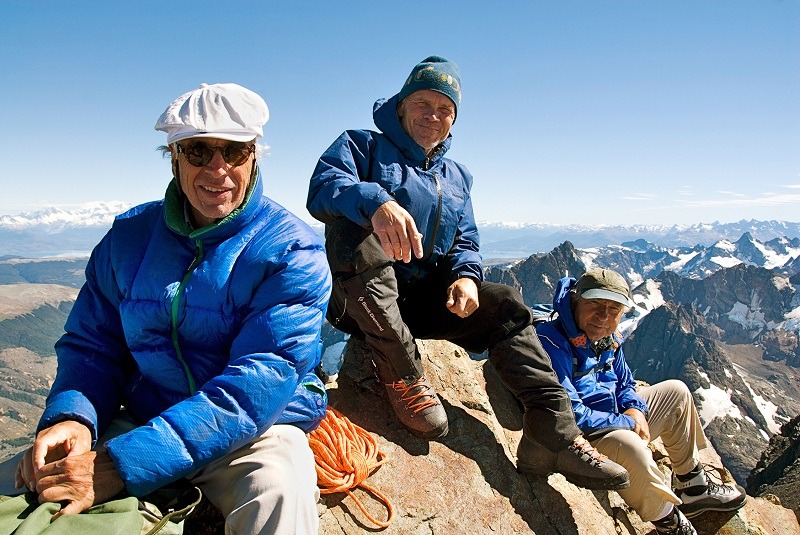 In the days since our friend and mentor Doug Tompkins lost his life in a kayaking incident, we have experienced an outpouring of condolences from thousands of people around the world. The sense of loss from people who never knew Doug, but did know his work, is palpable.

A few days ago, at the headquarters of Tompkins Conservation in the Chilean town of Puerto Varas, we had a service for Doug attended by people from up and down the country and Argentina. Kris, his wife, opened the ceremony and spoke in Spanish of her boundless love for Doug, their love of wildness and their deep commitment to the protection of wilderness and wildlife, and their work to save, then donate, two million acres of land to the people of Chile and Argentina—and to all of us. She spoke with dignity and power, with a force that welled from a place inside her. She gave everything to each sentence and paragraph. Drained, she paused, breathed, and with each breath the power would rebuild until she continued with an even more profound power that none of us had seen before.

The next day, we flew with Doug’s body in a private plane south to the Patagonia National Park project near the town of Cochrane. The clouds began to break and in front of us the summit of Cerro San Valentin, the highest peak in Patagonia, appeared above the clouds. Kris moved to the cockpit, and our pilot and close friend, Rodrigo, circled the mountain at close distance. It was a spectacular last flight for Doug.

Patagonia National Park was initiated with the purchase of a large sheep estancia, and the cemetery that was part of that ranch is now part of the new park’s buildings and infrastructure. We buried Doug in this cemetery. The dozens of workers and friends in attendance carried in rotation Doug’s casket—simple but impeccably crafted from the wood of the alerce by some of the staff that stayed up the full night finishing it—in a long procession that began from Doug’s beloved Husky airplane, parked in front of the beautiful stone restaurant, and continued along the dirt road past the lodge to the cemetery.

Kris once again showed her mettle and gave a heartfelt tribute to Doug and to the Chilean team who were gathered. After Doug was lowered into the grave, Kris, with great solemnity and dignity, tossed flowers on his coffin. Then, one-by-one, all of us in a procession tossed a handful of dirt on the grave. 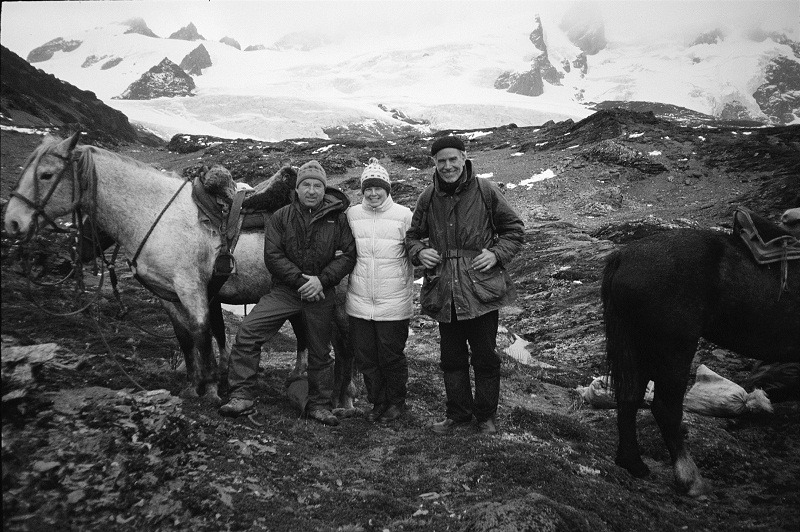 The trip started as a four-day paddle along a remote section of Lago General Carrerra, in Patagonian Chile. There were six of us on the trip in two single and two double kayaks. Between us we had well over a hundred years of combined experience. But Doug and I also had a double kayak with a finicky rudder. On the third day of paddling a growing crosswind created challenging conditions, and with our faulty rudder Doug and I were unable to avoid a broaching wave that capsized us.

We knew immediately we were in a grave situation. As the wind and current pushed us toward the center of the lake, we had no way of knowing whether our companions in the other boats—who were ahead of us and out of sight around a point we had been working to round—knew of our predicament. We realized we had about 30 more minutes to survive; the water temperature was perhaps 38 or 40 degrees Fahrenheit. We tried and failed four times to right the boat and paddle it, but the wind and waves were too strong for us to maintain balance and the boat was too flooded. Eventually, we had to decide whether to attempt to swim or to stay with the capsized boat. The boat, pushed by a perpendicular current, was drifting towards the center of the lake. Staying with it was putting us in an even more difficult if not impossible position.

We decided to abandon the boat and began to swim toward the point. It was tough and I realized, against the current, it was likely impossible to reach the point. Time was also against us. I was slowing and even with a life jacket I was pushed under by the larger waves. I could see Doug and assumed he was in the same situation. I was hypothermic and I was starting to drown. For a few minutes I gave in—just let it go—but then snapped back. Then I saw our companions paddling towards us against the wind—now at about 40 knots with gusts much stronger to 50 knots and more (later confirmed from weather measurements for the lake that day).

Two of our companions, Jib Ellison and Lorenzo Alvarez, reached me in a double kayak. I hung onto the stern loop, still in the water, while they paddled into the wind to reach an eddy behind the point. Between the waves and the wind, there was no point for me to try to get onto the boat. I had to dig deep—I think as deep as I’ve gone. It seemed to take forever. I remained focused on my hands and holding on to the loop until I realized I was on a rock. Then I lost consciousness and my next memory was of lying in front of a fire.

Doug was not so lucky. Our other companion, Weston Boyles, gave a supreme effort—attempting to paddle Doug to safety but unable to overcome the power of the wind and current. Doug held on for another half-hour, kicking as much as he could, but lost consciousness. Weston risked his own life to keep Doug’s head above water as he fought to reach shore. By the time they landed, Doug was too hypothermic to survive. 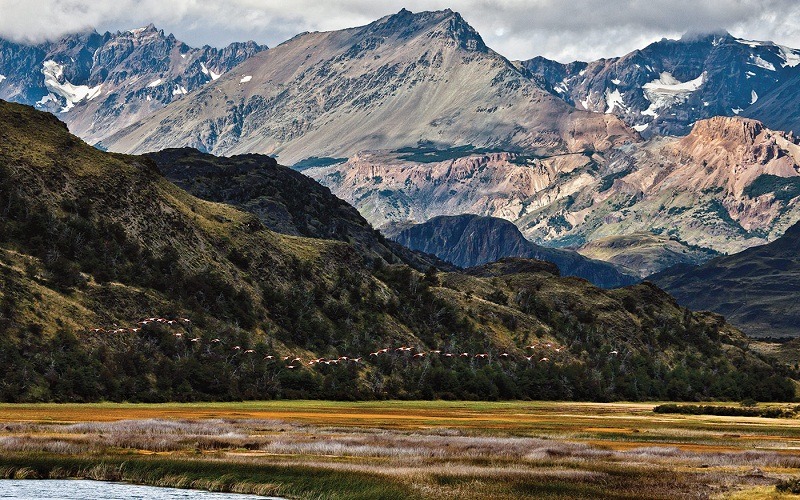 In the days that have followed—days that seem like years—“survival” has been a theme that every one of us has raised independent of the other. Specifically, it is this profound realization that Douglas Rainsford Tompkins is surviving, more strongly than ever, inside us. He is pushing on us already, reminding us that “no detail is too small,” inspiring us “to commit and then figure it out,” helping us realize that the first commitment is to beauty because out of beauty comes love, and only with love can we hope to approach his inextinguishable tenacity to protect what is beautiful, what is wild.

After the last handful of earth was tossed on Doug’s grave, one of the locals who had come to pay respects—an older but forceful looking woman—stepped atop the rock wall surrounding the cemetery, raised her fisted arm to the sky, and shouted loudly, “Patagonia Sin Represas!” The entire crowd returned the call-to-arms.*

The torch was still lit and the fire still burning brightly.

* “Patagonia Sin Represas” is Spanish for “Patagonia Without Dams,” the chant/slogan/call-to-arms that was used most frequently during the long fight to keep the Pascua and Baker Rivers running freely.

For 15 years beginning in 2005, Rick oversaw environmental affairs at Patagonia. He has authored six books and dozens of magazine articles and produced or directed many documentary films. He was honored by National Geographic with their Lifetime Achievement in Adventure Award. Rick continues to serve on the boards of Tompkins Conservation and the Turtle Conservancy. He lives in Ojai, California.