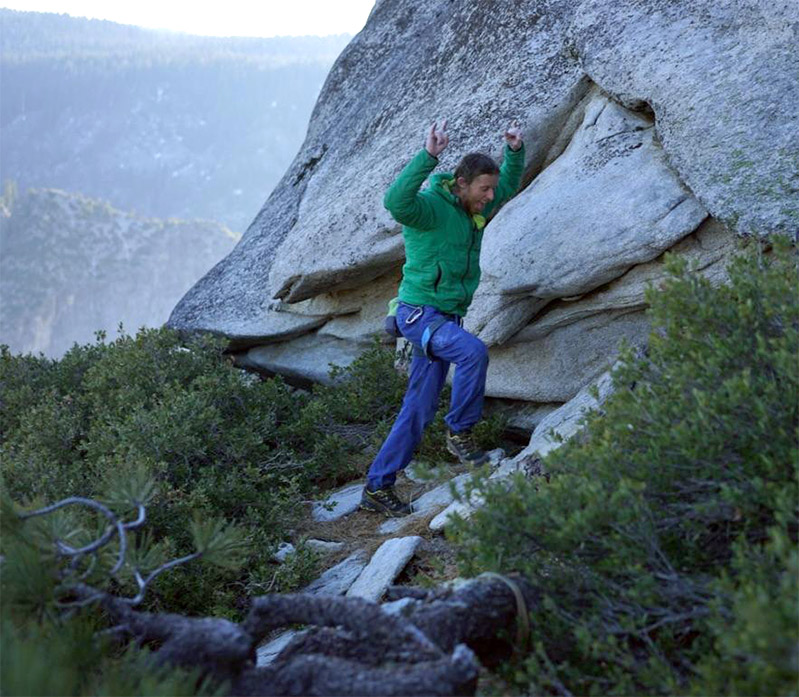 We’ve been watching the updates with bated breath and now all of us at Patagonia are thrilled to congratulate Tommy Caldwell and his partner Kevin Jorgeson on the first free ascent of the Dawn Wall in Yosemite Valley. Tommy first conceived the idea of the climb in 2007 and, seven years later, summited the route on the afternoon of January 14, 2015 after spending 19 days on the wall—and with much of the climbing world viewing the last pitches via live video stream. Longtime readers will be familiar with our coverage of the Dawn Wall dating back to 2010. It’s been a long haul and we couldn’t be happier for Tommy.

From Yvon: “When we first climbed the North American Wall on El Cap in 1964, we thought, ‘Well, that proves that any big wall in the world can be climbed.’ We never dreamed they could be climbed all free! Sending the Dawn Wall leaves Pope Francis with no choice but to admit our closest relative is the chimpanzee.’”

Most of you are familiar with Tommy’s story. He climbed his first route in Colorado’s Rocky Mountain National Park at the age of 3—his son Fitz just happens to be a chip off the old block. Today, Tommy is recognized as one of the best all-around climbers of his time and is currently one of National Geographic’s 2015 Adventurers of the Year. In February 2014, with partner Alex Honnold, Caldwell also completed the first ascent of the Fitz Traverse in Patagonia’s Fitz Roy massif—an iconic alpine objective encompassing seven major summits in one five-day push.

“We’re proud to count Tommy as part of the Patagonia family. This is a riveting story that has captured the world’s attention, due to both the sheer challenge of the climb and Tommy’s and Kevin’s persistence,” notes Jimmy Hopper, Patagonia’s global alpine marketing manager. “Tommy is ambitious but modest and he approaches climbing in the cleanest style without shortcuts.”

“I would love for this to open people’s minds to what an amazing sport this is. I think the larger audience’s conception is that we’re thrill seekers, out there for an adrenaline rush. We really aren’t at all. It’s about spending our lives in these beautiful places and forming these incredible bonds with friends and family. It’s really a lifestyle. It’s superhealthy, and the climbing world is some of the most psyched, great people around. And if that love can spread, that’s really a great thing.” —Tommy Caldwell, via The New York Times 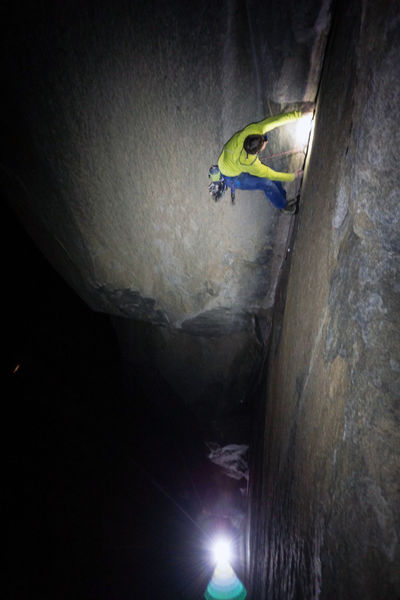 Much of the climbing on the Dawn Wall was done at night for better friction. Here’s Tommy cranking hard on the night before summit day.

It’s finished. Tommy at the summit with Half Dome standing proud in the background. Photo: Chris Burkard 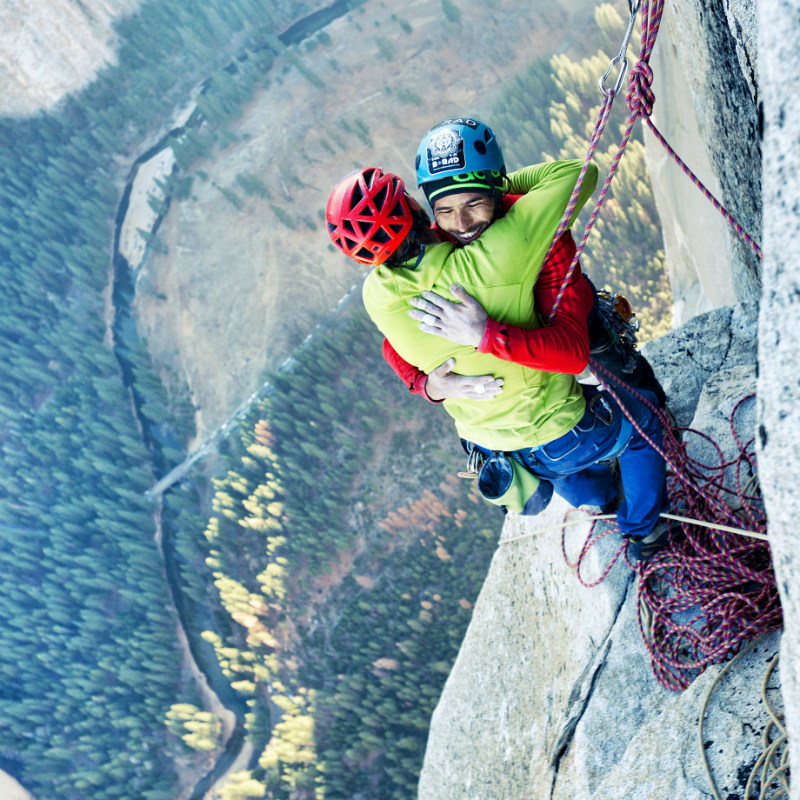 As soon as Kevin cleaned the final pitch and joined Tommy on the summit, the celebration began. Photo: Bligh Gillies (Corey Rich Productions) 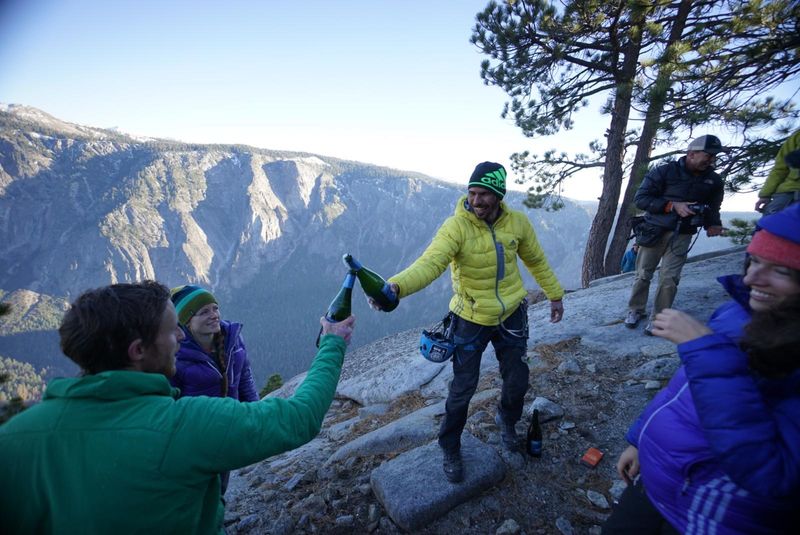 Tommy and Becca Caldwell (left) celebrate with Kevin Jorgeson and his girlfriend Jacqui Becker (right) moments after topping out on the Dawn Wall. Photo: Chris Burkard 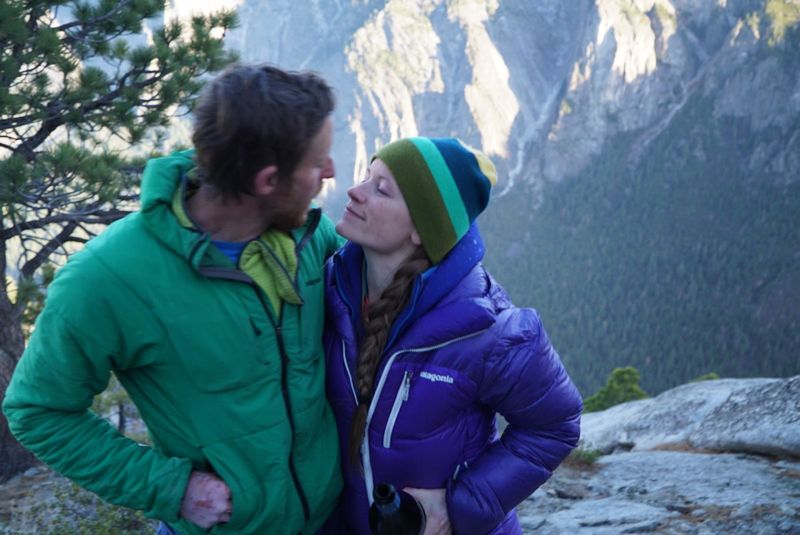 So proud of @TommyCaldwell1 and @KJorgeson for conquering El Capitan. You remind us that anything is possible. -bo pic.twitter.com/XcDwHqv2ry 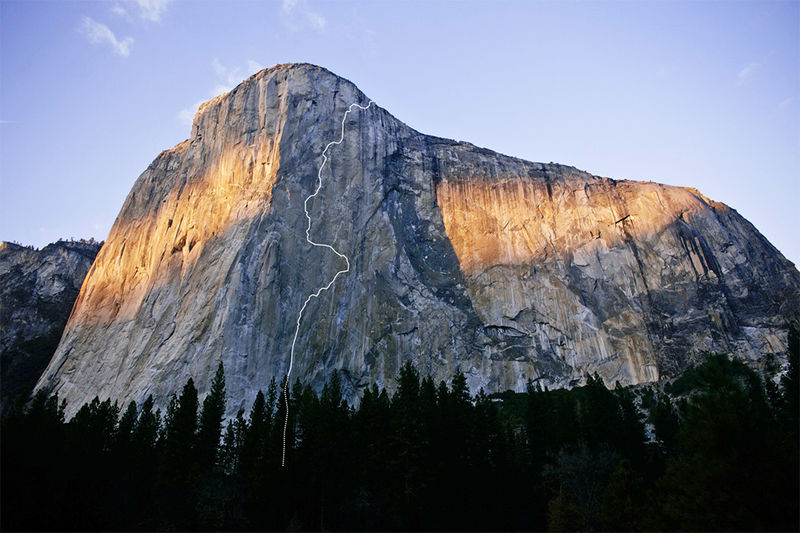 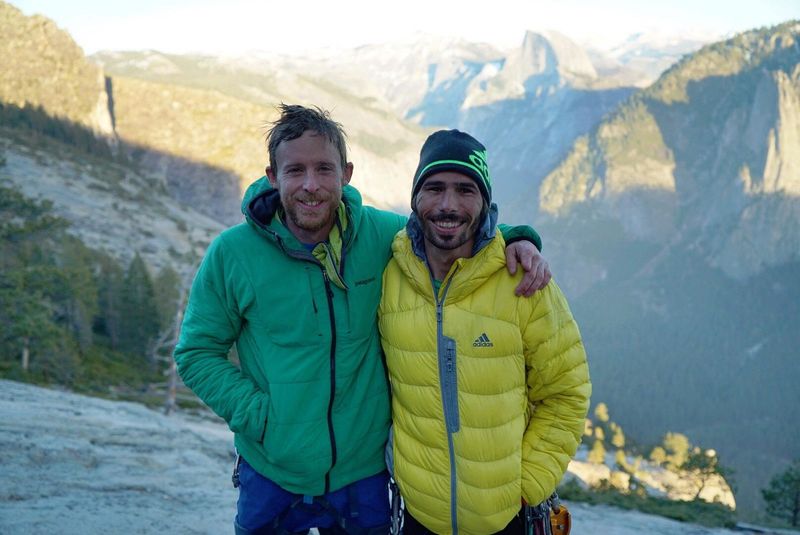 So stoked for these guys! Tommy Caldwell and Kevin Jorgeson.

We will update this post as photos and information flow in from the Valley. SHIFT-refresh to see the latest images if you’ve already visited the page. And stay tuned for more stories about this historic climb right here on The Cleanest Line. Woot!