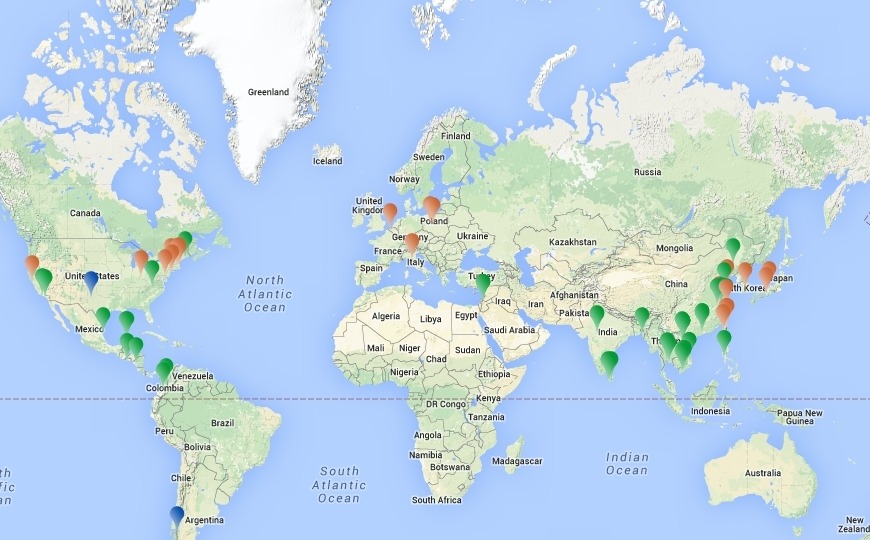 Patagonia opposes the Trans-Pacific Partnership (TPP) trade agreement and Fast Track approval. We stand to gain financially from TPP and the potential duty relief on products made within the region, but the minor potential gains are not worth the social and environmental costs.

We have listened closely to the Administration’s assurances that TPP affords unprecedented environmental and labor protections in a trade agreement. We are not persuaded, for several reasons.

The biggest problem is the secrecy attendant to the negotiation of the TPP, which has enabled the pact to be negotiated privately, without public comment, until voted by Congress, up or down without amendments, and signed into law. This is the opposite of transparency—and it is weak democracy.

Although we understand the need for some confidentiality around multi-round trade agreements, it’s absurd for the Administration to seek endorsement from business leaders for a pact we and interested NGOs or ordinary citizens are not allowed to read. We still don’t have a clear view to labor provisions, environmental protections or agricultural impacts contained in TPP—and neither do American citizens.

We can imagine twenty years from now our children shaking their heads that this arcane practice was once possible and considered acceptable.

We’re also skeptical about follow-through. The Clinton, Bush and Obama administrations have touted “unprecedented” environmental and labor protections for every major trade agreement since NAFTA (including CAFTA-DR, the Peru FTA, and the South Korea, Colombia and Panama agreements).

But these promises, especially for labor, have gone undelivered. Last fall, the GAO concluded that the U.S. Trade Representative and the Department of Labor “do not systematically monitor and enforce compliance with FTA labor provisions,” and that U.S. agencies generally have not been “identifying compliance problems, developing and implementing responses, and taking enforcement actions.” There’s little reason to believe TPP would be different.

Increasingly, modern trade agreements have more to do with the protection of intellectual property (of big agriculture, drug and media corporations) than reducing already low barriers. Doctors Without Borders, for instance, has said it opposes TPP because it suspects the pact will be used to keep drug prices high in poor countries. None of our friends in the organic food business favor TPP because they fear the adverse effect it can bring for a new generation of American farmers. The Sierra Club and other major environmental organizations also oppose TPP, as do consumer rights advocates, trade unions and the American Sustainable Business Council.

We are especially concerned about the Investor-State Dispute Settlement mechanism, which allows foreign multinationals and hedge funds to sue for lost profits should any of the participating nations, including the U.S., strengthen environmental protections above the levels specified by the agreement.

For example, nations seeking to reduce their greenhouse gas emissions would put themselves at risk should they pass laws any tougher than those allowed by the pact. For environmental protection, this encourages a race to the bottom. Global multinationals benefit and taxpayers foot the bill.

Patagonia opposed the NAFTA and GATT agreements of the early 1990s because we suspected they would adversely affect our own business. They did. Before those agreements came into force, more than half of Patagonia’s garments were sourced from U.S. textile mills and sewn in U.S. factories. NAFTA and GATT decimated the U.S. textile industry, including its specialty, high-value manufacturers.

Every week we hear from customers asking why we can’t make more clothing here at home. We don’t have a great answer: The infrastructure is gone but for all the simplest clothes. The best factories—those able to meet our strict standards for quality and social and environmental responsibility—are now overseas.

The question, ultimately, isn’t whether trade is free, which it mostly is around the globe, but who benefits from a new trade pact. Does it serve the many, in our country and abroad, or only a few—those who have the economic and political muscle to get their interests written, opaquely and without public oversight, into law?

Those are questions impossible to answer without transparency in the text itself. If we and every other American citizen had a chance to see the agreement, we could debate its merits directly. Americans are being asked to write a blank check with blind faith. Lawmakers in the U.S. House of Representatives considering their upcoming votes should vote against Fast Track authority.

Rose Marcario is the former President and CEO of Patagonia, Inc. and Patagonia Works.