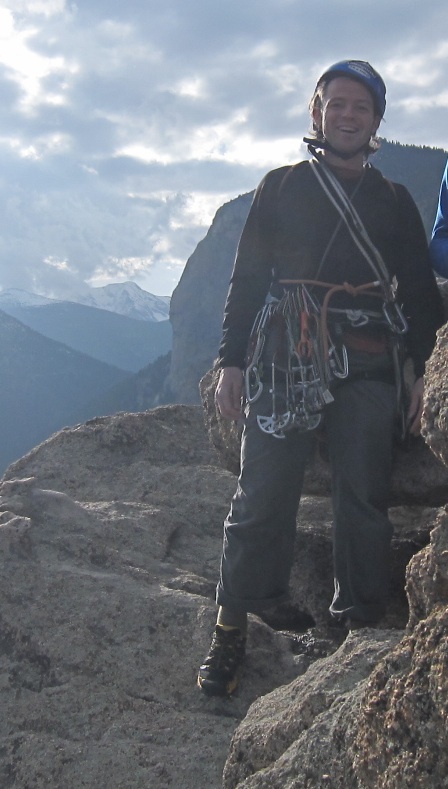 I try to embrace all forms of climbing, and I can learn something from everything. Furthermore, the more things I’m willing to climb, the more fun I can have. Jack of all trades, master of none, baby. Wintertime? Don’t whine, ice climb. Only got a few hours? Clip some bolts near the road or go bouldering. Have a full day and clear weather? Head for the mountains. Raining everywhere? Gym climbing.

Working at the harder technical forms, like bouldering and sport climbing, have paid dividends for my overall climbing (though I don’t boulder much – the ground falls don’t mesh with my battered body; and certain angles on sport routes are too weird on my shoulder; so it goes, we all must live with our limitations). Anyway, no doubt that rock climbing movement provides the fundamental base for all climbing.

But on to the point of things: we all want to look cool. Or, at least, not terribly dorky (so says the guy with zero fashion sense). And nowhere else in climbing does coolness factor-in than crag-like settings such as sport crags, the gym and bouldering areas. In my attempts to embrace these forms, I’ve learned some tips – often painstakingly.

We’ve all seen the crusty guy (guy because it usually is), daisy chain flossing his crotch, three cordalettes, some one-inch tubular webbing that dangles to his knees, and a nut tool still on his harness, along with a figure-8 device and a backup figure-8 device and about six locking carabiners, loudly proclaiming, as he flails away, how he’s “Pretty new to this sissy sport climbing stuff! – heh – I’m not so good at it, I’m most comfortable way off the deck in the mountains, not with these bolt thingies every few feet distractin’ me. [Take!] But – heh – get me up in the mountains and then I’m right at home!” 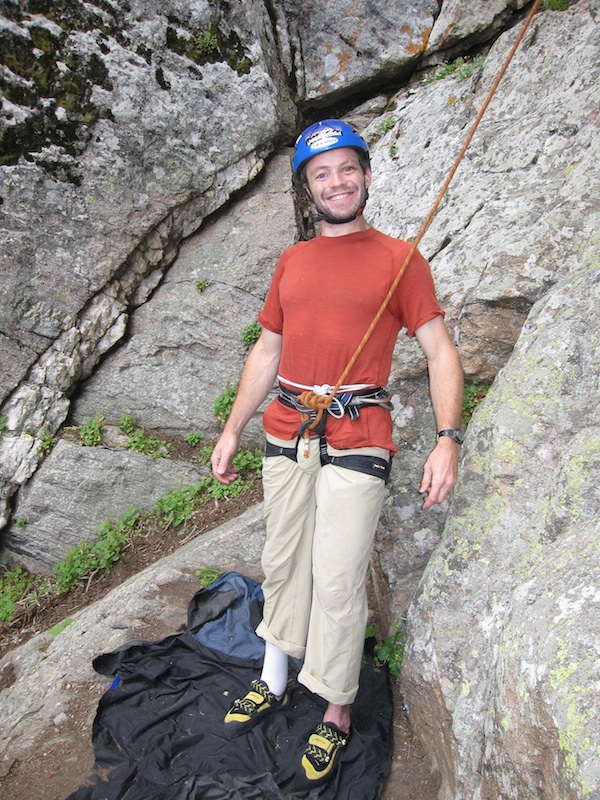 [During the transition, but still with some work to do… Photo: Cordes collection]

• Do the Euro Blow (get your mind out of the gutter). I don’t do this. Not cool enough yet. But it’s when, after dipping your hand in your chalk bag, you casually bring your chalked fingers (the ones not crimping the miniscule holds, of course) toward your face and blow-off the excess chalk. Then, naturally, you send said sickness.

• When belaying, have a big-assed hero-loop of slack out. Even on the first bolt. OK, check that – it’s stupid. If the person falls, they deck. Hero loop is fine for a soft catch once they’re higher up. This is where bringing the bong and the trance music to the crag is a bad idea.

• Pantomime the beta. Doesn’t matter if you haven’t sent the route. 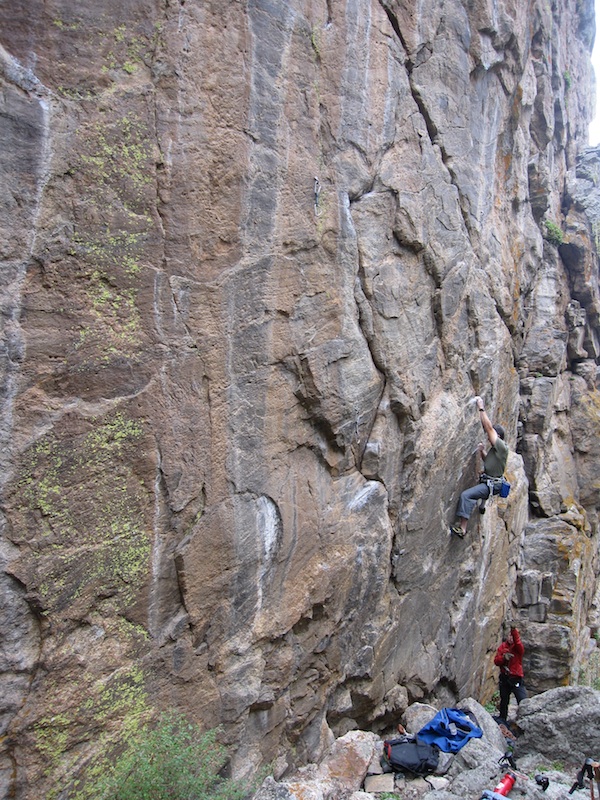 [Demerits for the shirt, but points for the distinct lack of harness danglies (the things dangling are quickdraws, which don’t count as danglies). Photo: Cordes collection]﻿

OK, I’m outta here. Making a run for the hills, unplugged, where I can master the above in solitude. See ya in a couple of months. (Whew, relief you say? You won’t be forced to read my drivel? Never! I’ve got a series of pre-written posts all lined up…)