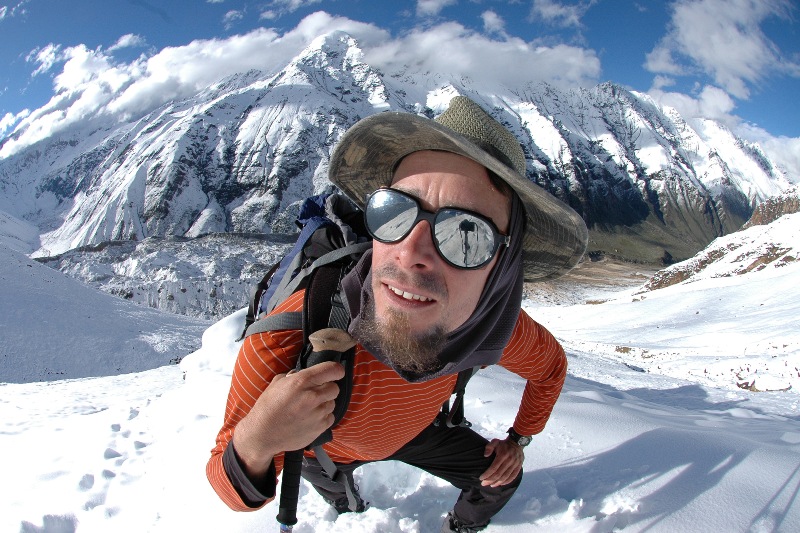 Friends and followers of the climbing community were surprised to hear the recent news that Boulder-area climbers Micah Dash and Jonny Copp – along with photographer Wade Johnson – had failed to return to their base camp in a mountainous region of China. Copp is a Patagonia climbing ambassador, so we've been keeping track of the expedition's progress. Here's an update from Patagonia's Athlete Liaison, Kristo Torgersen, on the latest:
________________________________________

Patagonia Ambassador Jonny Copp and partner Micah Dash have been on expedition for the month of May attempting a new route on Mt. Edgar in the Minya Konka massif, in Western Sichuan Province, China. Jonny and Micah, along with cameraman, Wade Johnson, are now officially “late” returning home to base-camp from up higher on the mountain. This is not unusual for expeditions like this and especially for Jonny. Friends and family, however, began organizing a search and rescue effort out of Boulder, CO several days ago when the team did not return to base-camp. There are currently two teams of Chinese climbers mobilized (with SAT phones) on the mountain with a couple teams of American climbers ready to deploy. Patagonia Ambassador and close friend of Jonny and Micah, Eric Decaria, phoned today at 12:30pm PST to inform me that he and partner Nick Martino had just secured their visas in San Francisco and will be flying out as soon as possible. Steve Su and Pete Takeda comprise the second American team, leaving as soon as they can secure visas. In addition, the Chinese army is scheduled to be deployed soon with helicopters to the area. Here is a press release that went out earlier today with some additional information. Although we are very concerned for our friends’ whereabouts, we remain optimistic with the hope that they are out there doing what they do best – sending hard in the mountains.

Hit the jump for the press release and for more information about how to help with the search effort.

The three traveled to Mount Edgar (6818 meters/22,368 feet) on the Minya Konka massif, Western Sichuan Province, China. They embarked from base camp on May 20, 2009. There hasn’t been any contact with the climbers since.

Copp and Dash are highly experienced alpinists and professional climbers who have many years experience tackling big unclimbed mountains around the world. Dash received the Lyman Spitzer Cutting Edge Award from the American Alpine Club for this expedition in 2008, but had to delay the climb until now due to political unrest in the region. Copp and Dash received a Mugs Stump Award for the expedition in early 2009. Johnson (a photographer with Sender Films) was accompanying Dash and Copp to base camp and did not intend to attempt the climb to the summit.

On June 4, 2009, a small party of experienced climbers, organized through the Sichuan Mountaineering Association, arrived in “base camp” and are preparing to continue up to the “advanced base camp” to gather information. Search efforts are being professionally coordinated by friends and colleagues in Boulder and more climbers from China and the US are being deployed to the area. Developing information will be shared as soon as it is available.

“We’re taking all the necessary steps to gather information about the climbers’ whereabouts and haven’t identified any complications beyond their lateness. Although we’re concerned, in alpine climbing it’s not unusual to for climbers to be delayed or out of contact for this long. We are still hopeful,” says Robb Shurr, spokesperson for the search effort.

A fund to help assist in rescue efforts is being arranged and more information will be made available soon.

No other information is currently available. As soon as more information becomes available it will be shared. Please do not contact friends and family due to the sensitive nature of the situation.

To stay informed as this story develops, or to make a donation to the search and rescue fund, check the Adventure Film blog at www.adventurefilm.org.