When I was kid in the early 80s, collecting stickers was a big deal. This was well before roof-top sport boxes, so we used sticker books. Among the favorites in my modest collection was a bright and glittering one that shared coveted centerfold real estate with all of the scratch-n-sniffs. It was huge and bright – mystic blue on mylar – with a gracefully posed cetacean and the phrase "Save the Whales" arcing across the bottom border. Because of that sticker, I would take note whenever I saw the phrase elsewhere – over my dad's shoulder, say, when he read the paper – or overheard a story about whales on the news. For me, the call to "Save the Whales" marks my first glimmering awareness of people mobilizing on behalf of endangered animals. It's my oldest memory of environmental activism at work.

I was 11 when the moratorium on commercial whaling went into affect in 1986, which means I was too busy hunting frogs in the woods to pay attention to the news. By the time I'd tune back into environmental issues, the cry to "Save the Whales" had become something of a mnemonic device – for environmental groups, the phrase conjured memories of a long-fought but ultimately successful struggle to do right by the Earth. Our small local advocacy group would look back at the fight to save the whales to galvanize ourselves for a new crusade to save the spotted owl and the vast stands of ancient trees it called home. By the early 90s, 7 of the 9 remaining whaling countries had renounced the activity, and by the turn of the century three separate oceanic Whale Sanctuaries had been proposed and/or created. The whales, it seemed, would indeed be saved.

A recent decision from the Obama administration stands to change all of that. 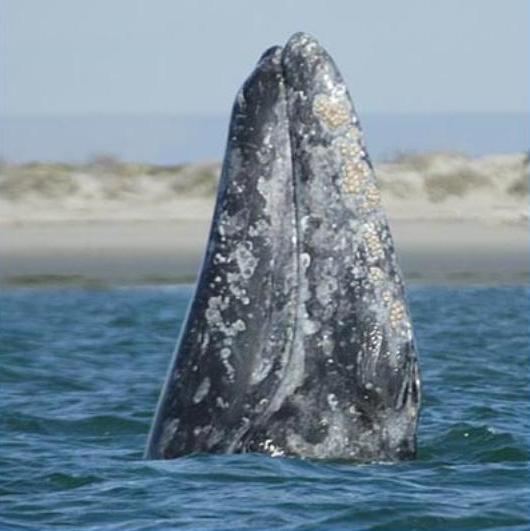 On April 15th the U.S. announced that it was leading an effort to broker an agreement that would allow commercial hunting of whales for the first time since a moratorium was enacted in 1986. This proposal would legalize commercial whaling and would leave enforcement of quotas to the same nations that have been in violation of the current moratorium – Japan, Iceland and Norway. Further, the agreement would allow the killing of whales in the Southern Ocean Whale Sanctuary. This commercial whaling would be legalized for 10 years. It also ties the current quotas on gray whales to the commercial quotas. Scientists and volunteer observers know that the gray whale population may be experiencing problems; calf counts have been down for the past four years and dead emaciated grays are washing up on shore. Despite this, these quotas would be set for 10 years without the ability to periodically review those quotas and without current population data.

As part of the 'deal' to allow the resumption of commercial whaling, the International Whaling Commission (IWC) Scientific Committee will meet on May 30th to decide on quotas for the gray whale. The IWC members have drawn up an agreement which could see a quota of 140 gray whales a year being hunted and killed for 10 years without periodic review and without current abundance estimates. The International Federation for Animal Welfare has assembled a list of actions you can take right now to help stop this deal.

As in many places throughout the world, whale watching is an important part of the tourist economy for coastal California. Just over one month from today, on May 23rd, simultaneous demonstrations will be held at 10 a.m. in locations throughout the coast of California to express our opposition to the commercial hunting of whales. Make your voice count and help save the whales by taking action through the IFAW's website, and more importantly, by attending one of the local demonstrations listed below.

For more information on where you can get further involved in this effort please contact:

Demonstrations are scheduled for the following counties. More details for each event can be found here.