Fifteen minutes before my wedding, I’m standing in front of my sister in my dress. “Can you see it?” She scans me, tilting her head to each side. “No. Can’t see it. But here, take this anyway.”

Two hours from now, when the hailstorm rolls in and turns my lips purple for all my wedding pictures, I’ll be wearing the brown wool wrap she’s handing me. But for now it’s draped over my arms to hide the road rash acquired just this morning on our pre-wedding mountain bike ride with the wedding party, when I clipped a handlebar in tight trees and ate it in the rock-choked dirt.

My almost-husband’s road rash is older (last week’s high-speed, road-bike wipeout on freshly laid reflective stripes) but far worse. His best man administers reams of dressing and tape in an effort to staunch the tide, but it weeps through the bandages and spreads across the shoulder of his dress shirt. I silently thank god for jackets as we tie the knot under the blackening clouds. For the rest of the evening, my now-husband Sacha calls for another gin and tonic, doing his best to diplomatically avoid congratulatory shoulder slaps.

“It ascends into heroics in fantastic places when asked.”

Fast-forward a couple of years. The Boulder bike path turns to dirt about a quarter mile up Boulder Canyon and gets a bit rough—exactly why we ride it religiously with our newborn in the trailer. He swings and bumps around in the hammock and harness, over rocks and waterbars, and does something he never does at home: He sleeps. Let the pathletes sprint annoyedly around our wide caravan: The kid is OUT and we’re going up as far as we can, as many times as we have to.

At year 10, we live in Salida, Colorado, and we celebrate our anniversary with a rushed lap on the Monarch Crest Trail in conditions so wet and grey we barely glimpse the legendary views between cloud banks. Washing down squares of fancy chocolate with a nice scotch from the flask, we snap a selfie at the top and haul mail down the descent. We’ve got just two hours to get to town before class lets out and our second-grader spills onto the school’s front lawn, looking for us.

By now, of course, we’ve traded the trailer and its magic nap hammock, first for a feet-down balance bike, and most recently, for a 24-inch mountain bike for our son. We ride together constantly, a bond as strong for the three of us as sharing supper or bedtime stories. The hammock sleeper has become, at 8, a pinner we can just barely catch, who rides jump lines as skillfully as any adult but zip-ties a stuffed tiger to his handlebars and sings songs inside his helmet.

Sacha and I met as climbers, climbing shaped our training and travel plans, climbers were the company we kept. So was it strange to drive all the way from Colorado to British Columbia and not climb a single pitch or problem, even though we brought all our gear? A little. But the trails we rode together instead that summer were legion and legend, and allowed us all an experience on a plane of difficulty that’s right—and adjustable—for everyone. For example. On one Whistler high-altitude classic, I pull up short of a steep, blind rock drop because … it’s steep and blind. My son immediately sails past me and disappears as everything in me contracts around my heart, listening for the bone-splitting yard sale. Instead, a helmet-muffled voice from below: “Mom, it’s totally rollable! You can do this!” I exhale, clip in and roll it, understanding that something important, possibly poetic, has just happened.

The bicycle, more than any other piece of equipment, has become a reliable witness to major movements in our lives because of its dualistic character. It figures in our every day, a regular, utilitarian presence that gets us around, jogs the dog, runs the errands, deals with stuff. But it also ascends into heroics in fantastic places when asked—all in exchange for an occasional bath, a little maintenance and a place in the garage.

Given our love of many things—riding, climbing, skiing and, most recently, Star Wars—it’s hard to know what will command the bulk of our free time, but for now, not much goes down that doesn’t involve two wheels and two pedals. It’s become popular with the resident third-grader to protest when the trail does anything but drop straight down, but I tell him to keep pedaling—when I’m really old, he’s going to be the one pulling the trailer up the bike path. I’ll be snoring in the hammock.

This story was first published in the Spring 2016 Patagonia Catalog. 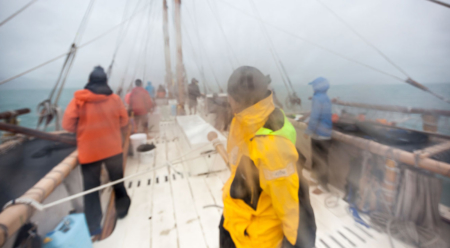 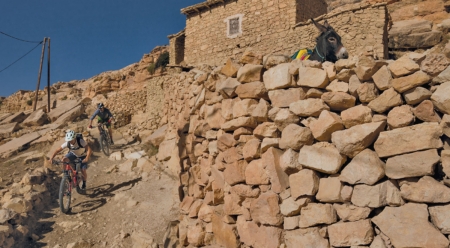 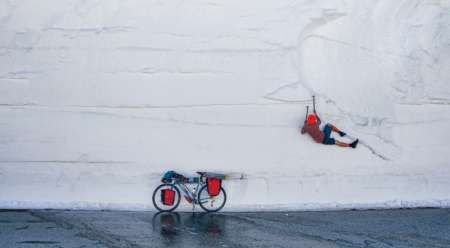 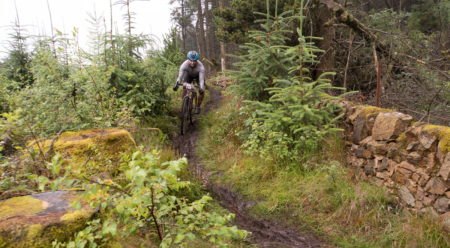 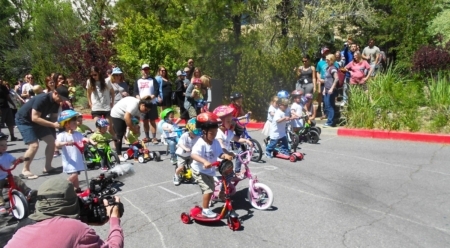 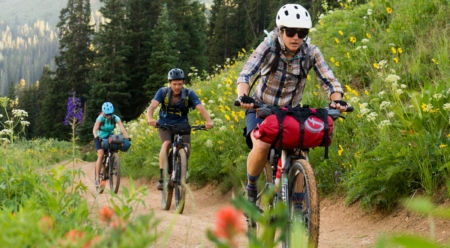 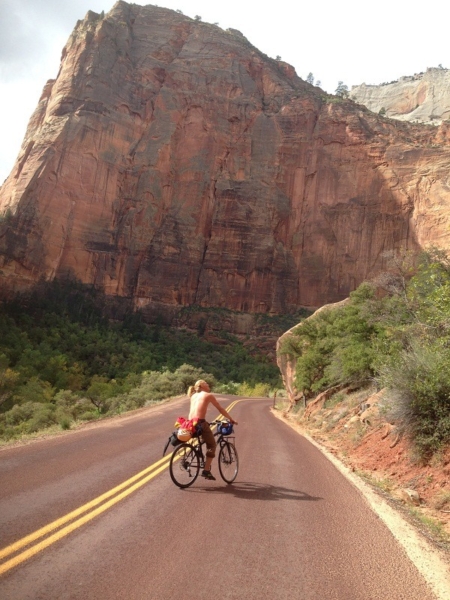 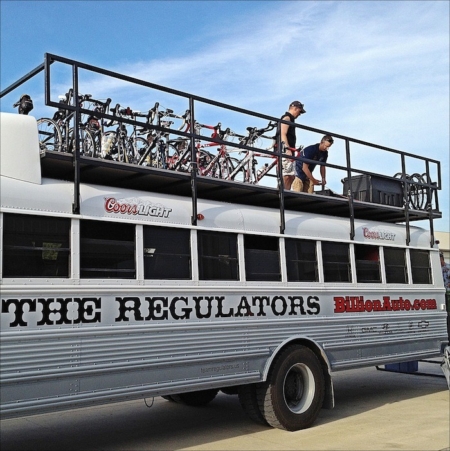