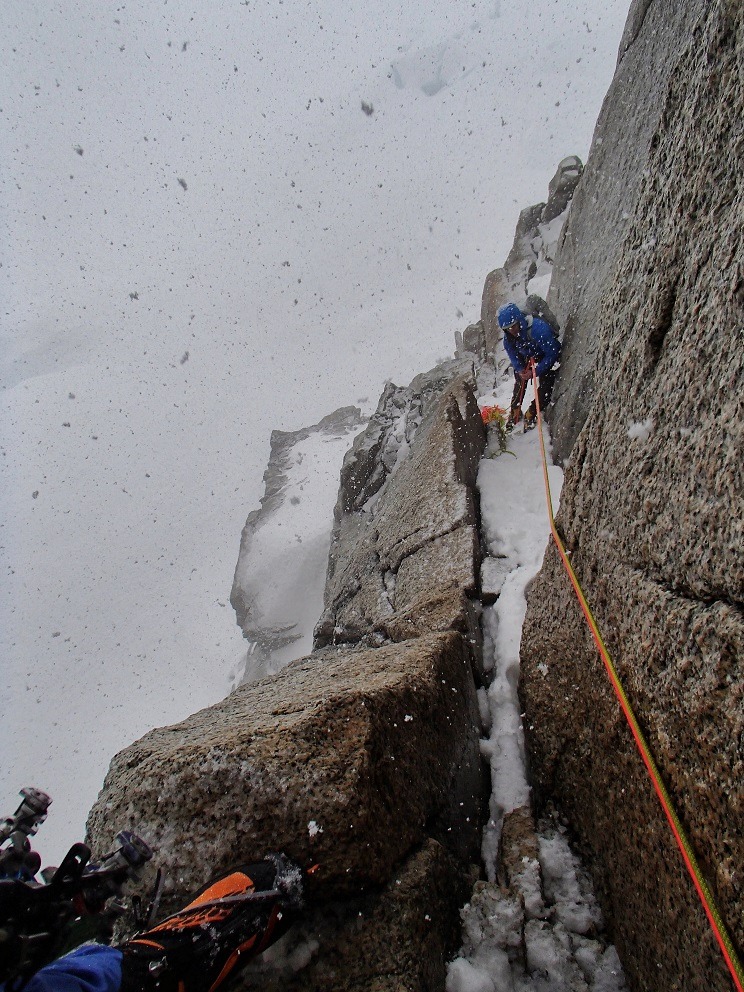 Coming to Patagonia with big goals can be an unpredictable thing.

Tadej Krišelj and I found ourselves at the wrong place below the triangular snowfield on Cerro Torres’ east face surrounded by snowflakes, spindrift and the first signs of avalanches. Backing off was more of a lesson than a failure and a few hours later we were squeezing under a dripping boulder bivy surprised by the snowy outcome of the relatively good forecast. The Patagonian weather had lived up to its reputation.

The next morning the sun welcomed us with its warmth which was perfect for drying the soaked equipment and regaining some climbing motivation. It became obvious that the good weather window hadn’t disappeared, it just came later than we expected. Walking back to Chaltén in such weather would have been a crime, so we took a rest day at Niponino and switched to backup plan mode.

The pyramid-shaped west face of Mojon Rojo looks steep but unappealing at first sight because of its red-colored rock. However, you can’t help but notice the obvious dihedral that runs through the center of the wall. I always wondered how such an obvious line was still unclimbed. This was the perfect time to find out and there were just enough unknown factors to make the whole thing a bit more interesting. 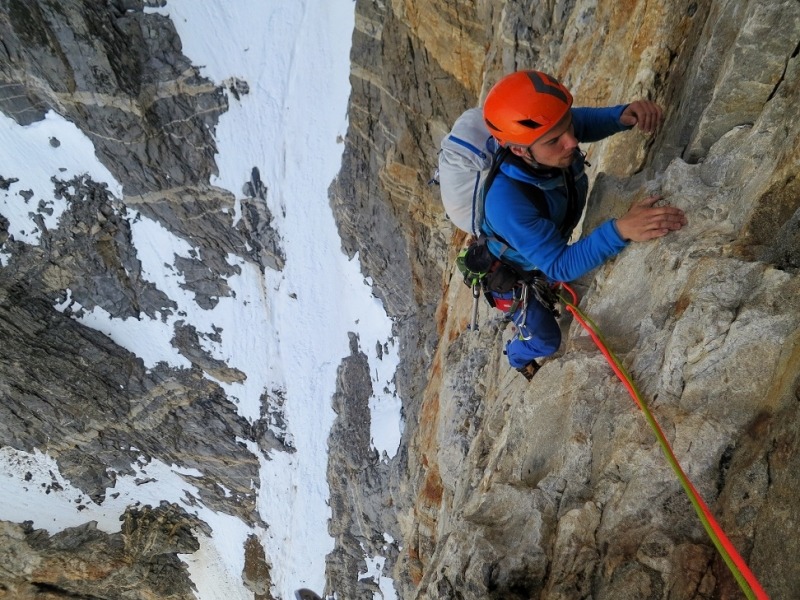 The early start from Niponino was chilly but the steep moraine warmed us up. After a few hours of approach we stood under the wall, both silently thinking that it was steeper than we expected. The rock was not that bad by our standards and we were surprised at how “blocky” it was. I had never climbed a route with so many blocks stacked one on top of another. It was interesting that none of them actually moved. They were connected to the wall by some kind of a static formula that our brains didn’t completely understand. 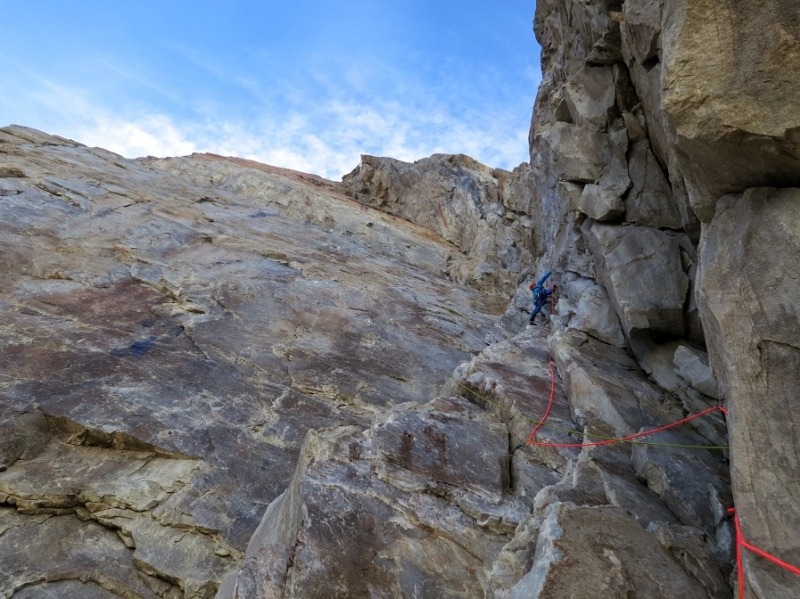 The climbing itself proved quite serious which slowed us down a bit. The higher we got, the more obvious it became that following the dihedral to the end wouldn’t be a smart choice. Steep wide cracks with less-than-perfect rock didn’t seem like they would allow fast progress with the skills and gear that we had. 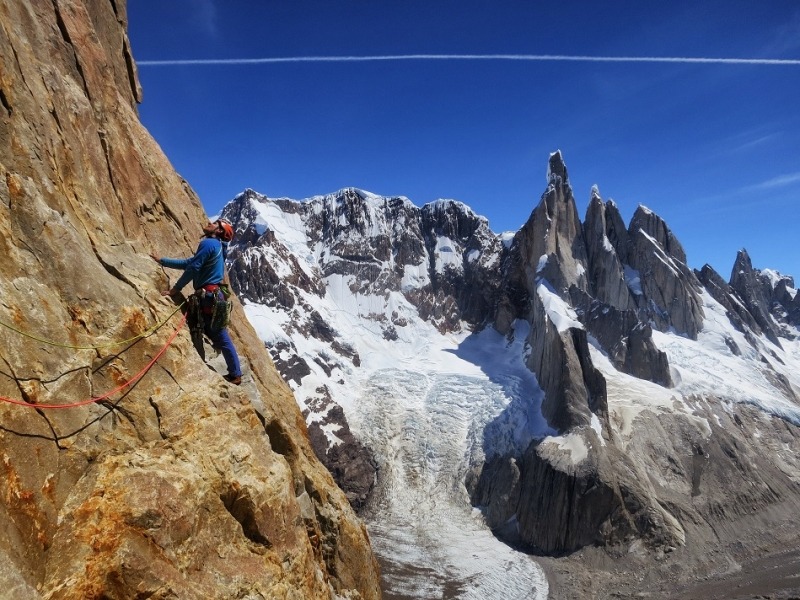 Following our instinct we found a great passage that took us towards easier terrain and the amazing splitter headwall where we joined a route called El Zorro that Colin Haley and Sarah Hart climbed two years ago. We free climbed an aid section of their route which we shared for four pitches until we reached the top of the wall with the last rays of sun. 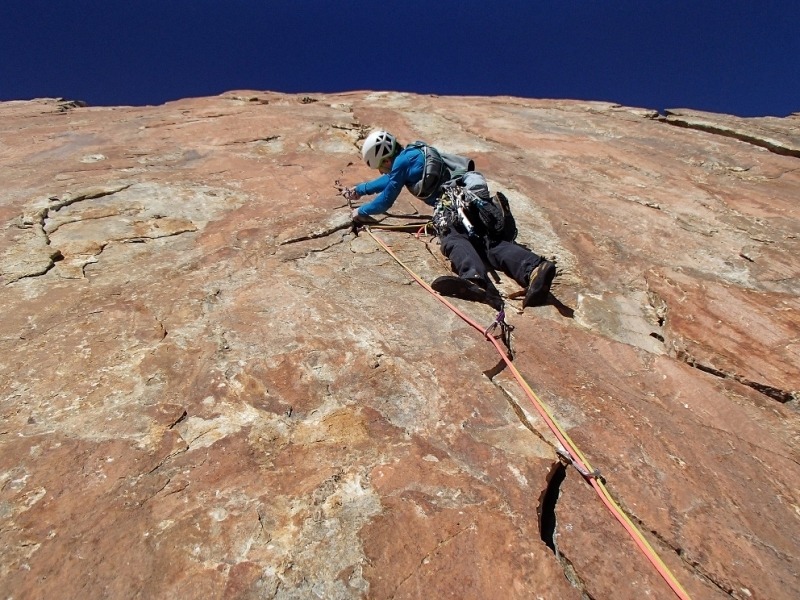 We made a classic mistake by thinking that the descent would be just a formality. After down climbing some easy terrain our rope got stuck on the only rappel of the day. Using the “let’s pull it a bit harder and see what happens” tactic we released a block that managed to split the rope in half with a single hit. Feeling tired and dehydrated after a long day we didn’t seem to care too much. We knew we wouldn’t need it further down on the descent.

Finding the right gully to descend to Laguna Sucia in the dark was anything but, especially considering our state of mind, so we decided for an unplanned bivy. A few hours of shivering and checking the clock every five minutes followed. In the morning, we descended the gully that now seemed so easy and walked to Chaltén for an overdose of fresh bread topped with extensive amounts of dulce de leche. 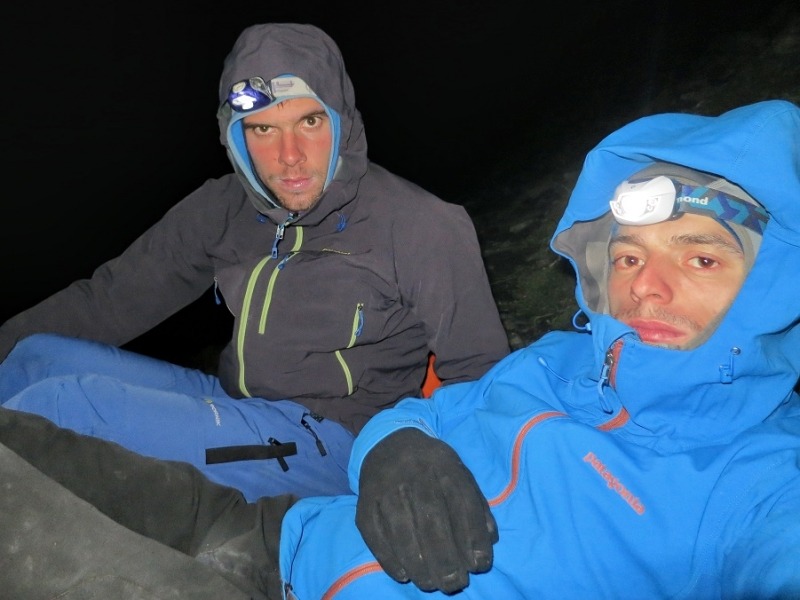 We decided to name our route Blockbuster due to the nature of the rock. It is 700 meters long of which 550 meters are new. The difficulties never exceeded 6c and we climbed the whole route free and onsight, using mostly traditional gear and without leaving anything behind. It will probably never become a classic, but it may just be a good choice for climbers looking for something different and a bit more “spicy.” 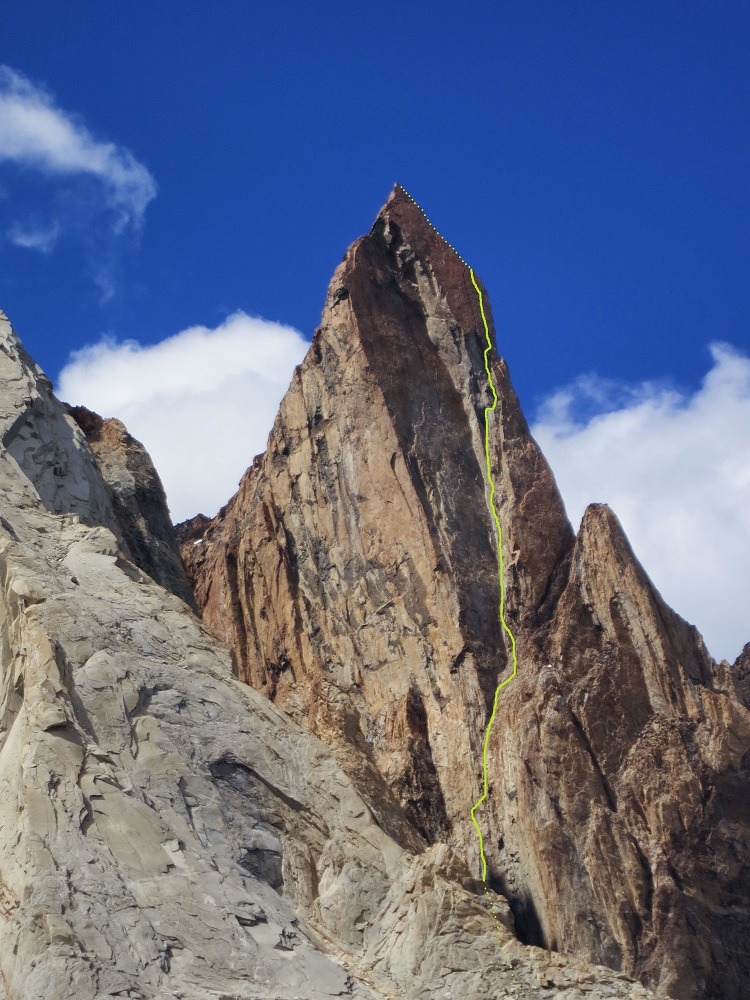 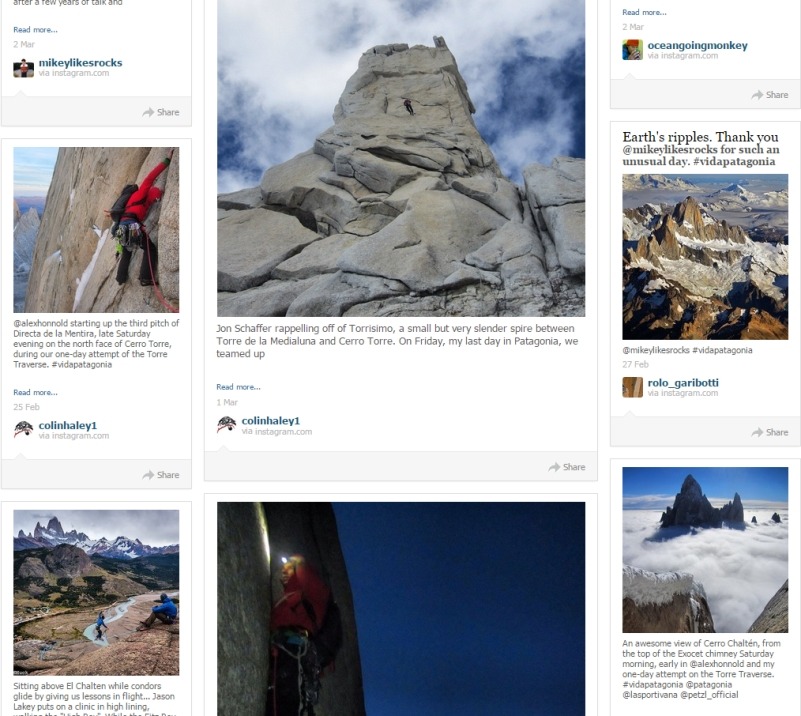 Visit the #VidaPatagonia trip page for a look back at all the great social media photos from the 2014-2015 climbing season in Patagonia.

Patagonia Europe ambassador Luka Krajnc lives in Celje, Slovenia where he is a member of the Celje mountaineering club. During the last few years, he’s been actively traveling around the world, searching for vertical challenges that inspire and motivate him, including new routes in Patagonia, Venezuela, Morocco and around Europe. When he needs a break from climbing, Luka enjoys windsurfing and running.